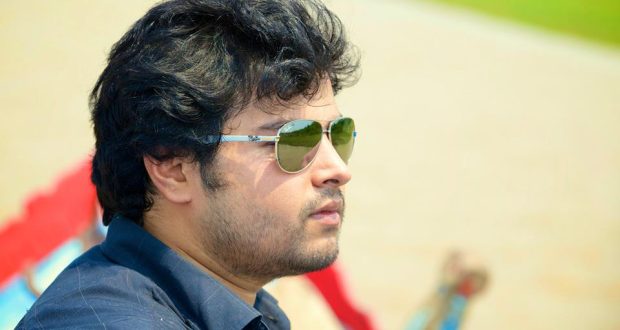 New Wave movement of Odia cinema has indeed slowed down a Bit:Anupam Patnaik

in Interviews 27 days ago Comments Off on New Wave movement of Odia cinema has indeed slowed down a Bit:Anupam Patnaik 61 Views

This year Odia filmmaker Anupam Patnaik’s movie ‘Pratikshya’, inspired by a short story by eminent writer Gourahari Das has been selected to be screened at the 53rd International Film Festival of India (IFFI). Pratikshya’ is an Amiya Patnaik Production.

Anupam Patnaik Born and brought up in Bhubaneswar, Anupam learned the trade from his father Mr. Amiya Patnaik, who won a National Award for Hakim Babu in 1985. After his MBA from Leeds University, Anupam ventured into filmmaking. His dedication has resulted in making Amiya Patnaik Productions one of the leading Production houses in Odisha. He produced a Biopic ‘Tulasi Apa’ on social activist Padmashri Tulasi Munda, which won accolades at various film festivals. It is the first-ever biopic made in Odisha. Anupam debuted as a director in the Odia film ‘Pratikshya’ Mr. Anupam Patnaik shares exclusive details about his film with film critic Ashok Palit.

What is the main theme of the film ‘Pratikshya’?

‘Pratikshya’ narrates the life of an unemployed graduate who struggles with the dilemma of securing a government job to save his family after they meet with a medical crisis Set in Bhubaneswar around a typical middle-class family, The story revolves around dreams, desperation, and aspirations.  Sanjay, a skilled but unemployed graduate is adamant about finding a government job.  Bipin, his father tries hard to convince Sanjay to do any job as his retirement is at bay. The burdened family has its share of joy and tears with Sanjay. However, an incident changes the fate of Sanjay and his family.  As the old adage goes ‘desperate times need separate measures; Sanjay goes into the darkest corners of his mind to find a solution to all his problems.  Little does he know, the path he is on, and he thinks that his wants will take away the things which are of much higher importance.   A frustrated   Sanjay keeps waiting for eventuality while losing his objectivity on the real problems around him.  He keeps waiting to reap what he has sowed, but alas who to devour it with!?

How do you go against the tide of filmmaking in India?

I’m just here to make some quality films, relatable and loved by all. There are quite a few restrictions in the Odia Film Industry, especially the budget. But I believe that content matters. Difficult to make national standard films here in Odisha within a limited budget, but that’s the best part. I am motivated always to try better.

What Message do you want to give through this Film?

The film is close to my heart. The premise of this film has a lot to do with a traumatic experience that left me shattered for which I made this film. I want to show the beautiful relationship between a father and son. How important a father is in a son’s life.

Why do you decide to adopt the short story ‘BAPA’ penned by Dr. Gourahari Das to film?

I just fell in love with the short story when I read it. I could relate to the story a lot.

In which situation you have decided original title Bapa as Pratikshya’?

The film which we have shot is not just about Bapa (father). The film is about getting a good job, a govt. job preferably. Getting married, settling down. So a person has to wait a lot to achieve everything required for a peaceful life. Hence, the title – is Pratikshya.

Most of the actors and crew members featured in this movie are newcomers. How do you trust them?

Everyone connected emotionally with the film. Right from pre-production to shooting time. They wanted to give their best as the story was relatable to each one. Everyone was hungry for more. Wanted to prove their best.

Have you expected that this film would select for Indian panorama?

I knew that had made a good film with noble intentions. But getting selected for Indian Panorama was a surprise. My father had got a national award for his debut film for Hakim Babu in 1984, and my debut as a director gets selected in IFFI. The feeling is surreal. This definitely has some connection. It was the most happiest moment in my life when veteran actor Anupam Kher declared in the dias of 53 rd IFFI  to make – Pratikshya in Hindi and he will essayed the role of father, even he offered me token money for this project.

What’s the status of the New Wave cinema movement in Odisha?

The New Wave movement of Odia cinema has indeed slowed down a bit. That’s because of a lack of producers who believe in the vision of new directors. Besides, there has been a dearth of government support and directors couldn’t get an audience or find a decent way of releasing their movies. All these contributed to slowing down the movement.