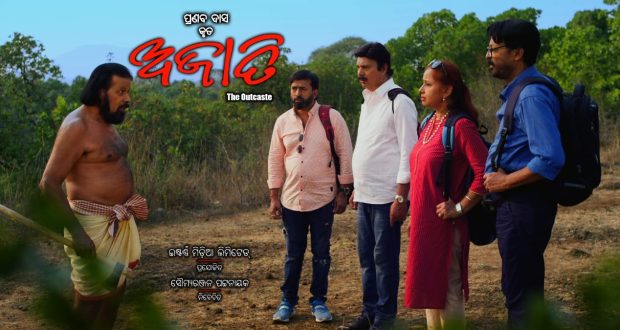 in Odia Cinema January 5, 2023 Comments Off on Odia Film Ajati(cinema Scope) to be released shortly 88 Views

‘Ajati'(The Outcaste) portrays the life journey of four friends, their worldly success, the remorse of losing out on their relationships, and the joys of life and humane living.

One day, the four friends (a film star, an industrialist, a politician, and an Anthropology professor) decide to take a break from their mundane lives and plan a trip to remote mountains.

Through their journey in the serene jungle, and its silence, they reflect on their individual lives. Meanwhile, they are stalked by a native, whom they suspect to be an extremist. They become scared, and unsure about their lives. This makes them open up about their failed lives amidst worldly success.

Finally, they come face to face with the native who turns out to be their protector in the unfamiliar terrain. In their interaction with him, they learn about his simple life, outlook, and humane attitude with no worldly wealth and are amazed seeing his contented life. The native through his life outlook makes them think about the little joys of life, the value of relationships, and the essence of humanity