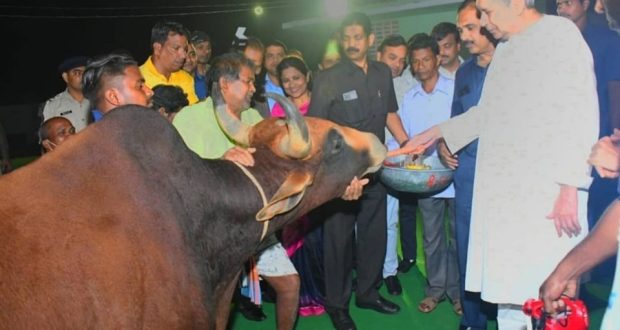 There is a plan to expand it to 20.5 acres. Currently, there are 906 cows in the gosala. Mostly stray cattle moving around in the city streets are kept here. Secretary to CM (5T) VK Pandian also visited the gosala with the Chief Minister.BMC Mayor, MLA Bhubaneswar (North), former MLA and BMC Commissioner among others were present at the gosala during the Chief Minister’s visit.