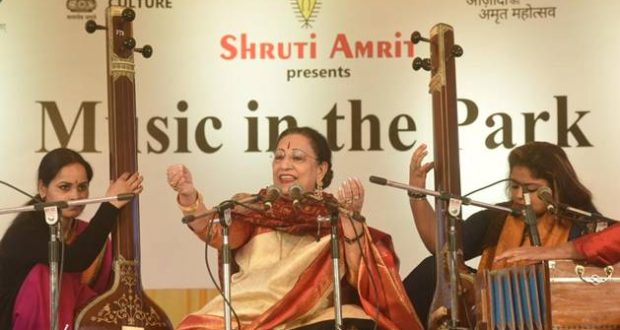 Newdelhi:16/1/23:SPIC MACAY organizes its very popular ‘Music in the Park’ series this year under the name “Shruti Amrut” in collaboration with the Ministry of Culture and the New Delhi Municipal Council. The beauty of Indian Classical Music was showcased by eminent artists from across the country.

In this series, the first event of 2023 was held on today at 3 pm in Nehru Park, Chanakyapuri, New Delhi.

SPIC MACAY- The Society for Promotion of Indian Classical Music and Culture amongst youth is a voluntary youth movement that promotes the tangible & intangible aspects of Indian & world heritage by organizing programs and workshops on Indian Classical, Folk Music and dance, Yoga, meditation, crafts, and other aspects of Indian culture. It is a movement started in 1977 and has chapters in over 850 towns across the world.