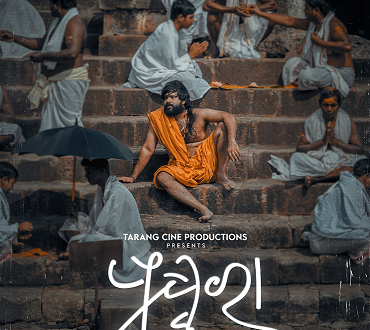 in Entertainment, Odia Cinema January 4, 2023 Comments Off on ‘Tarang Cine Productions’ is all set to woo Odia movie lovers with its upcoming flim ‘Pushkara’ 112 Views

Bhubaneswar:4/1/23:Ollywood’s leading cine production house ‘Tarang Cine Productions’ is all set to woo Odia movie lovers with its upcoming flick ‘Pushkara’, starring Sabyasachi Mishra and Supriya in the lead. On Monday, the makers dropped the first look at the movie and the characters.

Pushkara is based on Odia’s Novel Nadabindu’ written by eminent writer Sankar Tripathy. This movie marks the directorial debut of DOP-turned-director Subhranshu Das.

With this movie, the entire team has made an attempt to give a glance into different waning traditional rituals and cultures of Odisha. Apart from that, the makers have also shed light on different ancestral occupations practiced for ages but are currently disappearing in modern culture. The makers as well as actors are quite hopeful about the project as the storyline is original.

Pushkar movie based on Pushkar concept. Usually, on Tuesday, or Saturday when someone dies, there is a custom in Odisha that Pushkar is installed in his house. One-foot push, two-foot push, and three-foot push are done like this. There are different remedial measures according to Pushkar. Those who get three feet of Pushkar in the house are asked to leave the house instead of staying at home.

“Pushkara” is not just a cinema, this is a story of a character that is raised in Odisha’s environment, tradition, and culture. We have been working on this project since one year. Before and after shooting, I am still living the character with its adopted look. For the first time in my career, I’ve played such an amazing and unconventional character,” said actor Sabyasachi Mishra.

“This is the first attempt of Tarang Cine Productions to make a movie adopting from Odia literature. We have given around one year for this movie. The entire shooting is done in Puri. The protagonist of the movie is a character who lives practicing the traditional rituals, that are disappearing with time,” said Ranjan Satpathy, Creative Head, OTV Network.

“It’s a romantic tale. We are hopeful that the audience will love it. The movie will hit the theatres in 2023,” he added.

Produced under the Tarang Cine Production banner, Pushkar is the 44th project of the production house. Apart from Sabyasachi and Supriya, several other eminent actors including