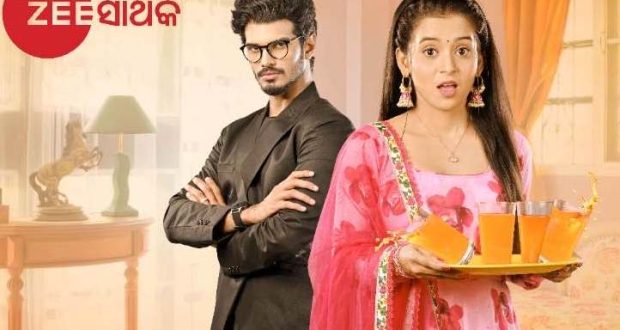 Bhubaneswar:7/1/23:After the phenomenal success of Kemiti Kahibi Kaha starring the Superstar of Odisha Sidhant Mohaptra and Supriya, Odisha’s most popular entertainment channel Zee Sarthak is coming with “Tu Khara Mun Chhai” produced by the trusted and popular Production House Akshay Parija Productions. The serial is aired at 8.30 pm Monday to Saturday since 2 nd January 2023. Tu Khara Mun Chhai is a story of two different characters- One is a perfectionist while the another is carefree. What happens when these two characters come together forms the crux of the story.
A very unusual story of contrasting personalities, dreams, passion and social restrictions, Tuu Khara Mun Chhai is expected to touch the heart of all segments of viewers of Odisha and Odiya viewers outside Odisha.

“With no compromise on production value, quality and devoted teamwork, we hope to win the hearts of our loyal audience, as we have done with so many earlier mega serials with Zee Sarthak”, said Akshay Parija, Chairman of Akshay Parija Productions that has given over 33 films in multiple languages and over 8000 mega serial episodes in Odisha.

2023-01-07
Editor in chief
Previous: Odisha Chief Minister Naveen Patnaik has launched the Mega Credit Outreach Programme for SHGs of Mission Shakti
Next: Steel City of Rourkela has joined the aviation map of Odisha with the launch of the commercial flight operations