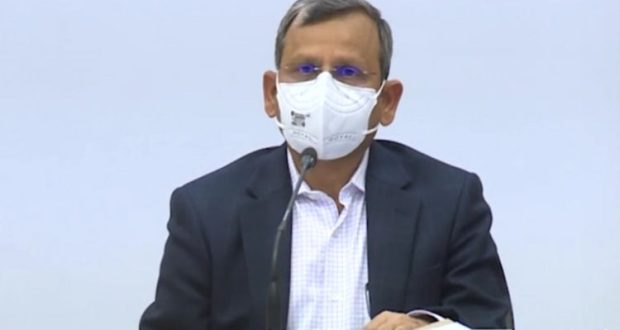 in Business, State News January 4, 2023 Comments Off on Odisha’s Fiscal Trends Move Upward by end of the third quarter 73 Views

Bhubaneswar:4/1/23: State keeps up the upward trend in fiscal trends by end of the third quarter of the current fiscal year. By December end of current year, total revenue collection has grown around 5.6% over corresponding period of last financial year. This was revealed during all Secretaries meeting held under the Chairmanship of Chief Secretary Suresh Chandra Mahapatra at 2nd Floor Conference Hall of LoksebaBhawan today wherein Principal Secretary for Finance Vishal kumar Dev outlined the financial updates of the State for discussion.

Reviewing fiscal performances of various departments, Chief Secretary Mahapatra directed the departments to avoid parking of funds at the bank account of the implementing agencies so that actual expenditure would be reflected on the common treasury portal. He also emphasized on strengthening of internal audit mechanism for wider transparency. Chief Secretary directed the departments to adopt 5-T parameters scrupulously while dealing with financial matters. The submission of Utilization Certificates in time bound manner should be given priority, he averred.

It was revealed during discussion that the revenue generation from own tax sources increased by 13.51% with a total collection of around Rs.32029 cr by the end of December,2022 against corresponding period of last year’s collection of Rs.28,216 cr. Similarly, the revenue generation from non-tax sources grew around 1.17% by end of December, 2022 in comparison to the corresponding period of the last year with a total collection of around at Rs.63523 cr. Accordingly, the total revenue generation from both the sources by end of December 2022 has increased around 5.6% over the corresponding period of last fiscal. In real terms, the total revenue has touched Rs.101119cr by end last year. In spite of negative growth in grants from the central government by about 21%, total revenue has been increased by 5.6%, it was revealed.

2023-01-04
Editor in chief
Previous: Orissa had considerably impacted the life and work style of Mahatma Gandhi:Ganeshi Lal
Next: Odisha Government has enhanced the remuneration of the Medical College Teachers engaged in the Government Medical College and Hospitals on contractual basis