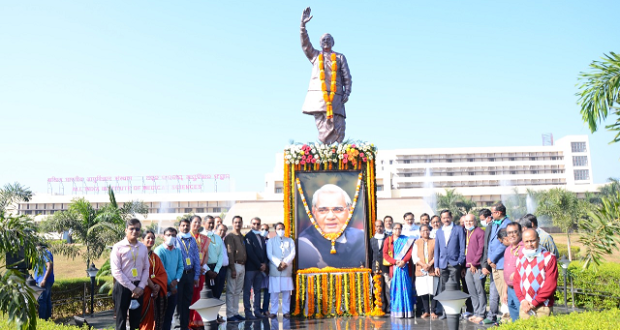 Being the founder of AIIMS Bhubaneswar, the former Prime Minister brought a radical change in the healthcare sector in the state. Reiterating the dynamism of late Atal Bihari Vajpayee, AIIMS Bhubaneswar paid rich tributes to Bharat Ratna on his 98th birth anniversary.

Dignitaries, personalities from different corners of society paid floral tributes to the statue of the Late Vajpayee at AIIMS Bhubaneswar campus.

On the occasion Chief Minister of Maharashtra Shri Eknath Shinde said that our country is the land of heroes who sacrificed their lives to protect their country, religion and self-respect, and it is our duty to remember the deeds of such heroes and be grateful to them. Giving the example of freedom fighter Rajguru, Shri Shinde said that the state of Maharashtra has also produced many heroes and martyrs who sacrificed their lives for their motherland. And it is only now that their sacrifices are being recognized and brought before the world.

On the occasion Chief Minister of Punjab Shri Bhagwant Mann said that Prime Minister has brought the supreme sacrifice of Sahibzadas Baba Zorawar Singh Ji and Baba Fateh Singh Ji to the world today. He also thanked the Prime Minister for giving an opportunity to host two conferences of G20 in Punjab in the holy city of Amritsar. He added “People will come from all over the world, and we will show them Darbar Saheb, Jallianwala Bagh and parade of Wagha border.”

2022-12-26
Editor in chief
Previous:  Governor Prof Ganeshi Lal attended the closing function of the Diamond Jubilee celebrations of the Sainik School
Next: Task force recommends ‘Create in India’ campaign with exclusive focus on content creation, In India, For India & For World! 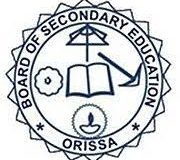