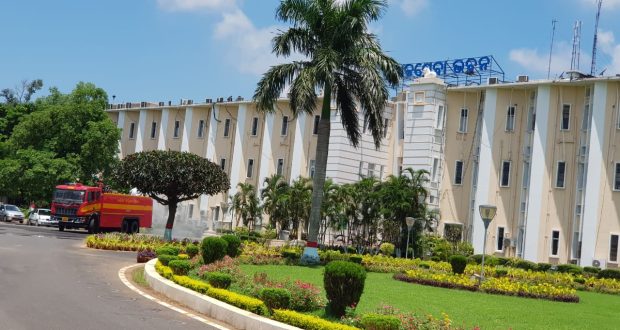 in State News December 9, 2022 Comments Off on Odisha government has initiated process for easy conversion of leasehold lands to freehold 70 Views

Bhubaneswar: 9/12/22:The state government has initiated process for easy conversion of leasehold lands to freehold plots in cities like Bhubaneswar and Cuttack.

Chairing a high-level meeting here, Chief Secretary Suresh Chandra Mahapatra today advised the General Administration & Public Grievance and Housing & Urban Development departments to decentralize the power to convert leasehold lands to freehold plots in favour of the development authorities and State Housing Board.“The two departments have been directed by the Chief Secretary to place a proposal regarding the decentralization of land conversion power for the state government’s approval within a week. The decentralization of power will be beneficial to the land holders to convert the leasehold plots to freehold easily,” said an official.

The meeting also deliberated on various issues of people who have been provided houses at Chandrama Housing Complex in the capital city here. The Chief Secretary directed the officials to resolve all these issues within a month, said the official.

It is worth mentioning here that the General Administration & Public Grievance department has leased out at least 1,105 acres of land at different places in the capital city to the Bhubaneswar Development Authority (BDA) and Odisha State Housing Board for implementation of 37 and 44 housing schemes respectively.

Similarly, several acres of government land have been leased out to the Cuttack Development Authority (CDA) for housing schemes through the Revenue & Disaster Management and Housing and Urban Development departments.

The decentralization of land conversion power towards the BDA and CDA is likely to benefit as many as 50,000 families in the twin cities.