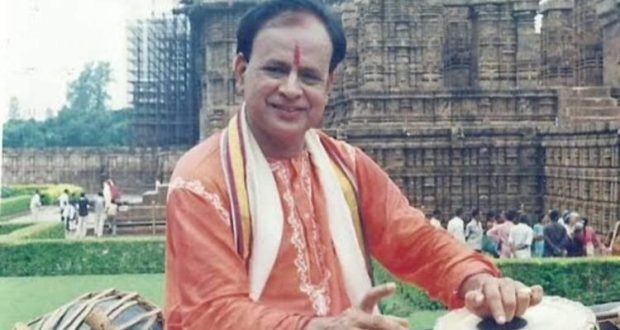 Bhubaneswar:8/12/22:Pandit Umesh Chandra Kar who passed away at his residence in Bhubaneswar today. He was 71. A renowned figure in the Hindustani classical music fraternity, Kar had been conferred with many awards in his lifetime including the Sangeet Natak Academy Award,Guru Kelucharan Mohapatra Annual Award for Music for the year 2014.and Ila Panda Sangeet Samman. He was the former Principal of Utkal Sangeet Mahavidyalaya.Odisha Chief Minister Naveen Patnaik condoled the demise of noted tabla player Pandit Umesh Chandra Kar Expressing his grief in a condolence message, Naveen said Kar was a gifted artiste and his death is a huge loss to the music industry in the State. The CM also announced that Kar’s last rites would be conducted with full State honors. He expressed condolences to the bereaved family and prayed for the departed soul to rest in peace

Pt. Umesh Kar – is synonymous with the glorious instrument- TABLA. Trained by his father, the eminent Sri Khetramohan Kar and the legendary Pt. Janaprakash Ghosh, Pt. Kar has fifty years of commitment and experience to his credit. Apart from being highly accomplished on the Tabla, he is equally adept in playing the Mridangam, Dholak and Mardala.

Pt. Umesh Chandra Kar is a top-grade artiste of the All India Radio and Television. On the Tabla, he has accompanied, with distinction, all-time greats such as Ustad Bismillah Khan, Pt. Ravishankar, Pt. V.G.Jog and Smt. Girija Devi, to name only a few. Many honours have come his way, including the Sangeet Natak Academy Award.

Pt. Kar’s playing style is distinctive for its soft and mellifluous tones. Even in the higher speeds (drut), the clarity of his finger-work and the absence of “loudness” is especially pleasing

2022-12-08
Editor in chief
Previous: In Gujarat, the incumbent Bharatiya Janata Party has so far bagged close to 53 per cent of the vote share
Next: Indian Railways’ Production Units on fast track to achieve record production in 2022-23