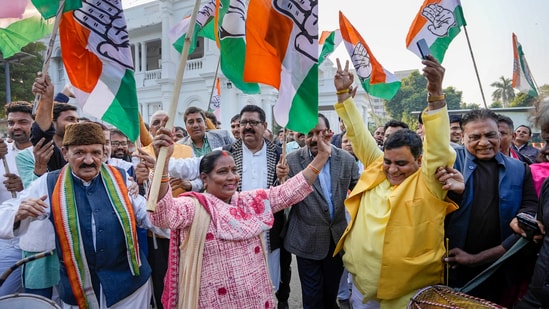 in National December 8, 2022 Comments Off on Congress set to form government in Himachal Pradesh 85 Views

On Himachal Pradesh Assembly election results, Mr Modi thanked the people of the State for their affection and support for the BJP. He said,  work to fulfill the aspirations of the State will continue and the party will raise people’s issues in the times to come.

Congress president Mallikarjun Kharge has thanked the people of Himachal Pradesh, party leaders and workers for the party’s victory in the State Assembly Election.

2022-12-08
Editor in chief
Previous: BJP has retained power in Gujarat for a record seventh time with a landslide victory in the assembly
Next: Odisha Chief Minister Naveen Patnaik has thanked the voters of Padampur for BJD’s thumping victory in the by-poll