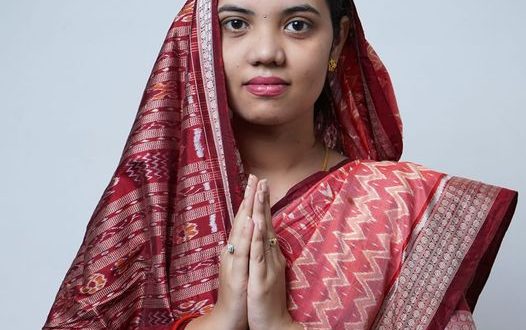 Padmapur: 8/12/22:The Biju Janata Dal (BJD) registered a thumping victory in the very crucial by-poll to the Padampur Assembly Constituency. BJD candidate Barsha Singh Bariha defeated BJP candidate Pradeep Purohit by 42,679  votes. While the campaigning for the by-election was held rigorously by the parties, the result came out completely different.

BJD Supremo and Chief Minister Naveen Patnaik spoke to Barsa Singh Bariha over the telephone and congratulated her for this spectacular win in Padampur by-poll.

This is the highest-ever margin that a candidate has won in Padampur Assembly Constituency. Earlier in 1990, Barsha Singh Bariha’s father Bijay Ranjan Singh Bariha had defeated Satya Bhushan Sahu with a margin of 30,410 votes. However, Barsha has broken her father’s record this time.

Chief Minister Naveen Patnaik’s appearance in the campaign proved beneficial for BJD to win by a such huge margin. BJP has been fighting hard in the campaign but has been left behind by a big margin in the results. Congress candidate Satya Bhushan Sahu received no favour from the Padmapur voters.

It should be noted that after the victory in the Dhamnagar bypoll, the BJP fought strongly for the Padmapur by-poll. Union Minister Dharmendra Pradhan, Narendra Singh Tomar, Ashwini Vaishnaw, and Bishweshwar Tudu were leading the campaigns. Even Dharmendra Pradhan was widely campaigning till the last day but the result came as a shock for the BJP. 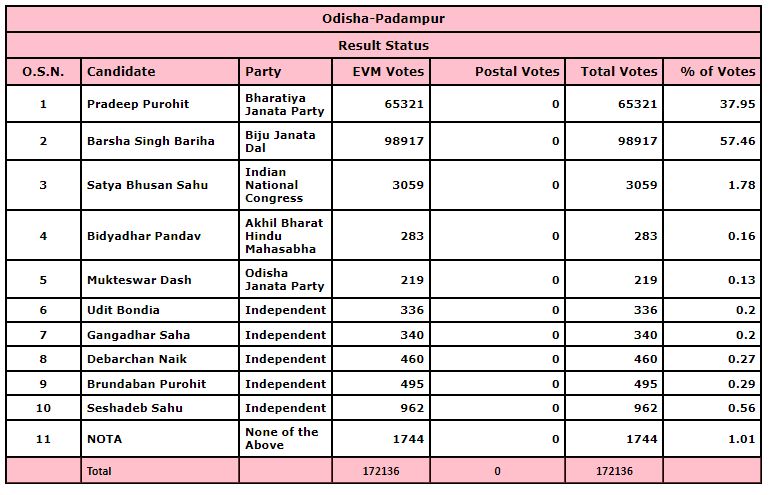