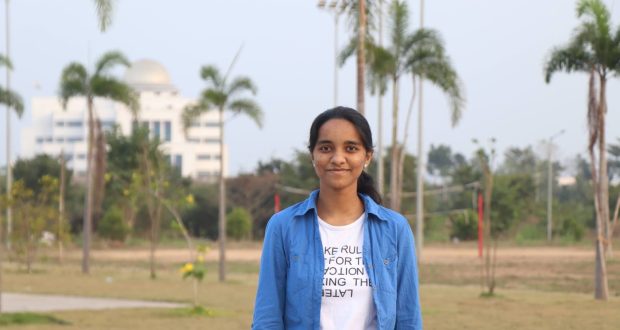 in Uncategorized December 5, 2022 Comments Off on A student of IIT-Bhubaneswar bagged a Rs 55 lakh job offer during the placement drive 105 Views

Bhubaneswar5/12/22:: Placements 2022-23 at IIT Bhubaneswar commenced on 1st December 2022. Many prominent national and international companies participated in the campus recruitment. The highest package offered was around 55 Lakhs per annum while the average CTC offered was around 20 LPA. Approximately 146 students were offered placements. A few international offers were also made to the students of IIT Bhubaneswar. Numerous students undergoing internships also received pre placement offers that convert internships into full time jobs. The placement season will continue up to March 2023.

.The shift towards the hybrid model of hiring is sure to create a new trend in campus placements. But it is interesting to note that in spite of the unusually fraught circumstances around the world, regular recruiters still opt for campus recruitments.

A student of IIT-Bhubaneswar bagged Rs 55 lakh job offer during the placement drive, which began on the campus here on Friday. The package offered to Sai Giri Nandini Udathu, a student of computer science and engineering, is so far the highest pre-placement offer (PPOs) received by a student of the institution. The earlier highest annual salary package was around Rs 45 lakh.While 150 to 170 companies are expected to take part in the recruitment process to be conducted in phases till March 23, 146 students have so far grabbed offers from top multinational companies and corporations despite the recession in tech job market and post-COVID challenges. The average cost to company (CTC) is around Rs 20 lakh per annum. Prof Sreepad Karmalkar, Director, IIT Bhubaneswar expressed happiness over the spectacular performance of the students in the campus placements. He particularly noted that many companies specifically hired female students for some unique job roles.The Career Development Cell showcased confidence in scaling new heights despite the recent challenging situations. Dr.Arun Kumar Pradhan, Professor-in-charge of the Career Development Cell reiterated that despite the global recession and the post Covid challenges making a dent on the hiring plans of many big companies, IIT Bhubaneswar has grabbed the best offers from top MNCs and corporations