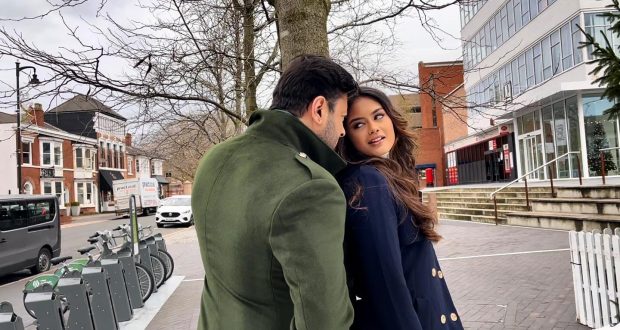 Bhubaneswar:3/12/22:In 2004 Anubhav Mohanty debuted as lead actor in Odia’s film” I Love You“, and now he  Fell in love in London. The superstar of the Odia film world, Anubhav Mohanty, has been in controversy over various things. Whether it’s maybe about his wife Barsha’s divorce or sometimes about politics and his Friend. However, after getting involved in all these controversies, now Anubhav Mohanty has come back to the world of Ollywood. His new film is being shot in London. The is also titled ‘Love in London’ Anubhav’s screen name in this movie is Prem while the leading actress’s screen name is Sofie.

Swapna Priyadarshini who had essayed the lead role in CHOLATE 2  aired on the KANCHALANKA OTT   platform played the lead role in this movie. Along with the story, the songs of the film have also been memorized. It is being shot in the beautiful and attractive locations of London. After many years, an Odia movie has started shooting abroad. Some scenes and the entire song will be shot in London. However, no information has been provided by the promoters as to when the film will be released. For the popularity of the movie, the promotion agencies are focusing on social media.

2022-12-03
Editor in chief
Previous: Legendary Ollywood actress Jharana Das passed away :Her last rites will be done with full state honours
Next: ‘International Conference Series on Vayu: The Vital Life Force’ inaugurated by Governor of Odisha