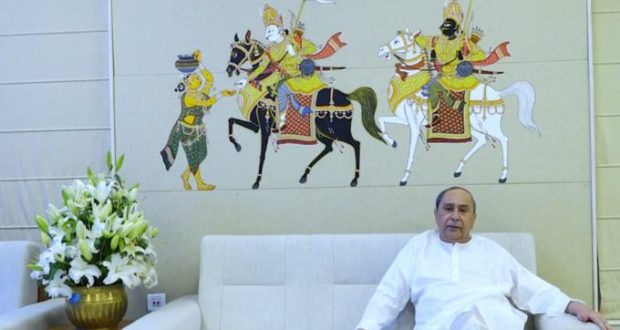 in District Diary November 30, 2022 Comments Off on Naveen Patnaik has sanctioned half an acre of land to construct Swabhaba Kabi Gangadhar Meher Bhawan’ 85 Views

Bhubaneswar: 30/11/22: Chief Minister Naveen Patnaik has today sanctioned half an acre of land in Chandrashekharpur Mouza to construct Swabhaba Kabi Gangadhar Meher Bhawan’ in Bhubaneswar in memory of the legendary poet of Odia literature. Along with this, the Odisha CM has also sanctioned Rs 3 crore for the construction of this building.

Notably, on November 28 a delegation of Nikhila Odisha Meher (Bhulia) Samaj met the Chief Minister and discussed the construction of a memorial for Swabhaba Kabi and the observance of the death centenary of the poet.

During the discussion, the Meher Samaj apprised the CM that the Bhawan can be used for the students coming from far away to study and for the people coming for treatment.

Keeping the request of Meher Samaj, the Chief Minister directed to provide land for the construction of the Bhawan and to form a committee under the chairmanship of the Chief Secretary to prepare a programme to celebrate the death centenary of Swabhaba Kabi Gangadhar Meher.