Top Headlines
Home » National » Accuracy more important than speed in news communication and should be primary in the minds of communicators:Anurag Thakur 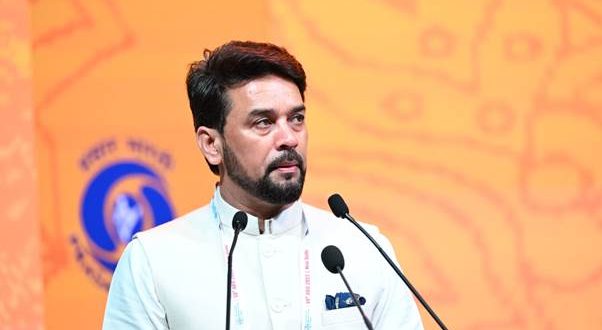 Accuracy more important than speed in news communication and should be primary in the minds of communicators:Anurag Thakur

in National November 29, 2022 Comments Off on Accuracy more important than speed in news communication and should be primary in the minds of communicators:Anurag Thakur 52 Views

Newdelhi:29/11/22:Union Minister of Information and Broadcasting Shri Anurag Thakur has today said that, “presenting authentic information is the prime responsibility of media and that facts should be properly checked before they are put in the public domain”.

Speaking at the Opening Ceremony of the Asia-Pacific Broadcasting Union General Assembly 2022, the Minister said, “while speed with which the information is transmitted is important, accuracy is even more important and should be primary in the minds of communicators”. With the spread of social media, fake news has also proliferated, the Minister added. To that end he informed the audience of broadcasters from the Asia-Pacific region that the Government promptly established the Fact Check Unit in the Press Information Bureau of Government of India to counter unverified claims and present truth to the people.

The Minister highlighted that for responsible media organizations maintaining public trust should be the highest guiding principle. He credited public broadcasters Doordarshan and All India Radio for having always stood by the truth and having won people’s trust for their truthful reporting. He underlined that media’s role during the time of crisis becomes critical as it directly concerns saving lives adding that media is at the core of national disaster management plans. 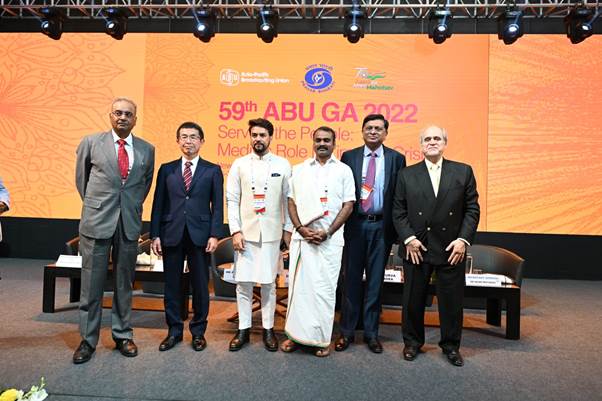 Mr. Javad Mottaghi speaking on the occasion said that the region is full of diversity yet we all member countries find commonality and display true unity in such wide diversity. Shri Gaurav Dwivedi, CEO, Prasar Bharati, in his welcome address appreciated the role of ABU in promoting the collective interests of television and radio broadcasters and regional and international co-operation between broadcasters in the Asia Pacific Region. He further said that India proudly celebrates 2022 as the 75th anniversary of Independence from the colonial rule through the Azadi Ka Amrit Mahotsav initiatives in various sectors and this conference is a great opportunity to share the achievements of the country in the sector of media and communication and showcase the rich heritage, vast diversity and progressive India to the world.

2022-11-29
Editor in chief
Previous: IT Raids By Day, GST Raids By Night In Padampur
Next: Over 175 crore Aadhaar authentication transactions carried out in October