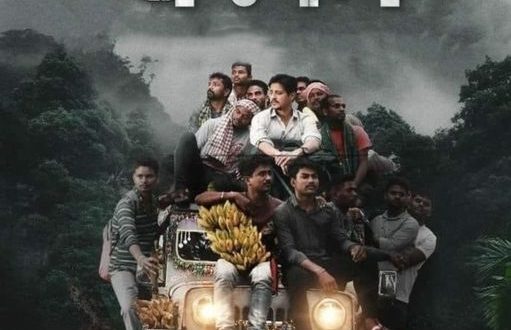 Bhubaneswar:24/11/22: Collectors of all districts in Odisha have been directed to arrange for special screening of the Odia movie ‘DAMaN’ at the District Head Quarter or Sub-Divisional Headquarter.

In a letter to the Collectors, Health & Family Welfare (H & FW) Department Commissioner-cum-Secretary Shalini Pandit informed that ‘DAMaN’ has been highly appreciated by the people of Odisha. The theme of the film is based on the State Government scheme for Malaria eradication namely ‘DAMaN’ (Durgama Anchalare Malaria Nirakaran ).

“This movie chronicles success of the State Government health care scheme in a malaria endemic district of Malkangiri. This movie carries a positive message on the efforts and
contribution of Government and public in implementing health schemes in hard to reach areas,” she added.

In view of the above, it has been approved that officers of the H & FW Department and other senior district level officers may be facilitated to view the film ‘DAMaN’ through special screening at theatres in the district.

It has been decided to allow one show per Sub division for the screening of the movie. The amount to book the Hall for one show may be as per actual requirement subject to maximum limit of Rs 40,000 per show. It is proposed to meet the expenditure out of the IEC head of the H & FW Department.

“You are therefore requested to requested to book the Cinema Hall at the District Head Quarter or at Sub-divisional Headquarter as per their suitability on the above criteria out of your available fund and submit the actual expenditure subject to the ceiling of Rs 40,000/- per show to the H & FW Department through Director, SIHFW for reimbursement,” stated Pandit.