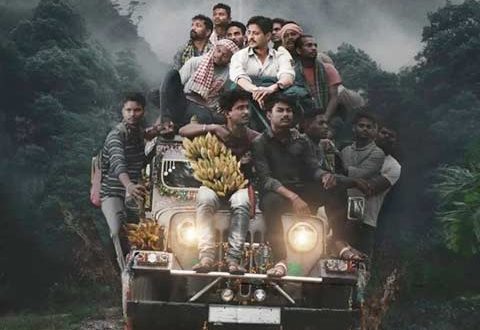 in Odia Cinema November 4, 2022 Comments Off on Odia film Daman has been released in 43 cinema halls across the state 217 Views

Bhubaneswar, Oct 4: The much-awaited Odia film of 2022 Daman starring Ollywood actor Babushaan has been released today in 43 cinema halls. The movie has been directed by Devi Prasad Lenka, Vishal Mourya and featured Babushan Mohanty and Dipanwit Dashmohapatra as lead characters. The story of Daman is based on a young doctor Siddharth, who is obliged to provide service in a rural area or pay the bond fee. He is not happy to leave Bhubaneswar and go to a remote area that is infamous for Naxal dominance and has no basic facilities. He later fearlessly performs his duties without caring for anything. His struggle for making people aware about malaria cannot be cured through superstitions but can only be cured with proper awareness among the people. The music of the film is given by music director Gaurav Anand & Team. Vishal Mourya & Debi Prasad Lenka also has written the story and did Screenplay. Lyrics have been given by Jp Wordsmith & Bapu Goswami

Babushaan Mohanty said “I work for the love of theatre and the mass audience. I love to work for the people, who take time out of their busy schedules to watch my films in theatres. Moreover, there’s a dearth of good OTT platforms for Odia movies. Not just that, I feel the platform is being used to avoid the censorship rules for selling vulgar cinema. And, I would never do that.”