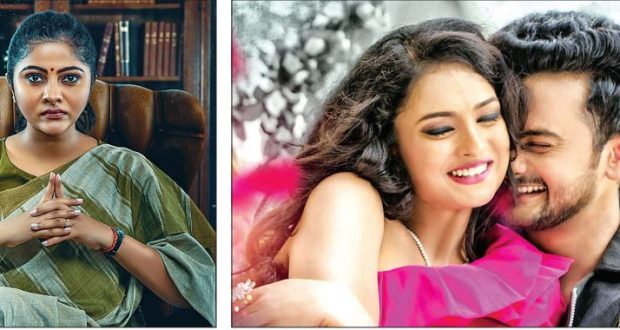 in Odia Cinema October 27, 2022 Comments Off on Odia films ‘Rudrani’ and ‘Tu Mora Ok’ has been released across the state 147 Views

Bhubaneswar:27/10/22:Rudrani-The power of women has been released by the actor turned producer Jhilik Bhattacharjee under her own production house Jhillik Motion Pictures. The actress will be seen as the lead in Rudrani, a story based on women. The film depicts how the truth is hidden under the skin of lies.

The other actors in the film are Subhasish Sharma, Lohitakshya Pattnaik, Muskan, Bapibabu, Pintu Nanda, Jiban panda, Ilu Banarjee, Pratibha Panda, Subhankari, Anuradha, Guddu, Amar, Swaraj and Dharitri. Dr. Rajani Ranjn has written the dialogues.  While Prem Anand composed the music, the story and screenplay have been directed by K. Muralikrishna. The film has been released in around 26 halls of the state and one multiplex in Bhubaneswar.

Similarly, produced under Sitaram Agrawal, Siddharth Music’s 31th film‘Tu Mora Ok’ has been released on Friday. Actors Jyoti and Sital will be seen as the main characters of the film. The audience will see the duo for the first time on screen.

Along with them, actors Usashi Mishra, Satyaki Mishra, Pragnya, Pratibha Panda are part of the movie. The film has been directed by Mrutunjay Sahoo. While Nirmal Nayak has written the script, the music of the film has been composed by Arun Mantri.