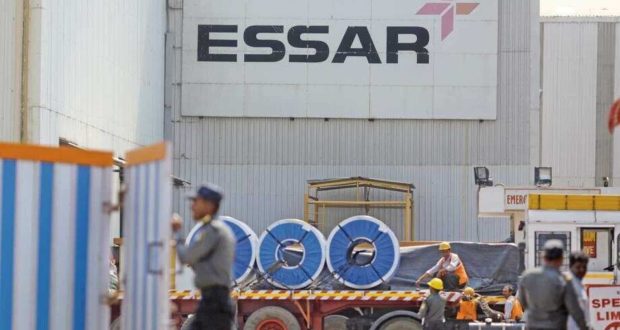 EPHL is a power plant adjacent to AMNS, Hazira, Gujarat and comprises two generation units of 135-MW capacity each and is used by the acquirer for captive purposes.

GHTL is a public company incorporated to carry out the business of prospecting, exploring, mining, processing, buying, selling, distributing, and generally dealing in all minerals, including coal, and also dealing in the generation, purchase, transmission, distribution, and sale of electricity. It has 400 kV transmission line from Gandhar (NTPC) switchyard to Hazira having a length of 104.6 km which is used by Acquirer for captive purposes.

EBTL has an-all weather, deep draft dry bulk jetty located in the Gulf of Khambatt, Magdalla Port terminal of Gujarat Maritime Board (GMB) with a capacity of under 25 million metric tonnes per annum (MMTPA). It provides the following facilities: (i) cargo handling services; (ii) jetty services; (iii) vessel handling services; (iv) pilotage; and (v) towage and is used by the Acquirer for captive purposes.

tonnes per hour (TPH). It provides the following services (i) bulk cargo handling; and (ii) mooring services and is used by the Acquirer for captive purposes.

EVTL is the concessionaire of an all-weather, deep-water terminal under Visakhapatnam Port Trust (VPT) with an existing capacity of 12 MMTPA.

HCTL is the holding company of EBTL and EBTPL. HCTL, through its holding in EBTL and EBTPL, specializes in the development and operations of ports and terminals for handling bulk and general cargo. HCTL through its subsidiaries has an existing capacity of 66 metric tonnes per annum (MTPA) in India.

IATPL is a holding company and does not have any business operations.

SWAPL is a private company, it owns a land parcel in Odisha along with an office and a guest house. The office and the guest house are primarily used by the Acquirer’s employees.

2022-09-29
Editor in chief
Previous: 100 bedded Rehabilitation Annex Building and statue of Swami Vivekanand and Therapeutic Park will will be Inaugurated
Next: BJP President JP Nadda has exhorted party workers to topple the BJD government in the state in 2024 elections