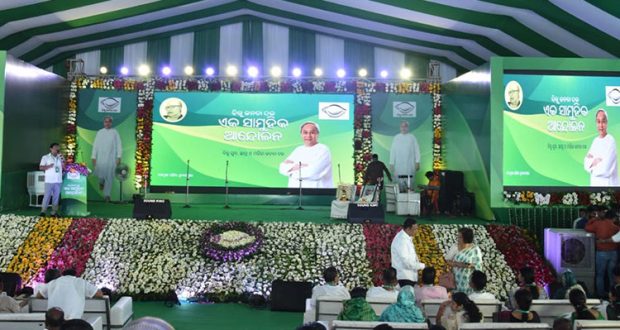 “Our party is with the people, it’s working for the people. We have to, therefore, focus on sensitizing people on the various welfare programmes of our government,” said Patnaik in a message from Bengaluru.Patnaik also advised party workers to remind people of the significant role played by freedom fighters of Odisha in the freedom struggle of India.

Party workers from all over the State including office-bearers of youth, students and women wings; all Ministers, MLAs; MPs and State office-bearers participated in the first day of the two-day preparatory meeting for the Jansamperk Padayatra being organized at the local Baramunda ground here today.

BJD’s Organisational Secretary Pranab Prakash Das chaired the meeting. Addressing the meeting, Das called upon BJD workers to make the Jana Samperk Padayatra a success.He said BJD has taken the form of a collective movement to protect the interests of Odisha.

.“Even after all these years, the party has not deviated from its commitment. Therefore, we have a responsibility to carry forward this commitment and make the Jana Samperk Padayatra a success,” stated Das.