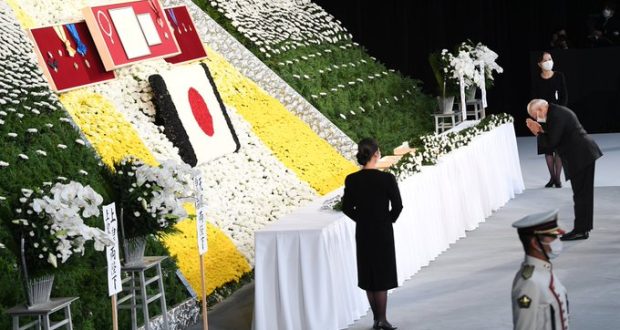 Prime Minister honoured the memory of former PM Abe, who he considered a dear friend and a great champion of India-Japan partnership.

Following the State Funeral, Prime Minister had a private meeting with Mrs. Akie Abe, spouse of Late PM Abe, at the Akasaka Palace. Prime Minister Modi conveyed his heartfelt condolences to Mrs. Abe. He recalled his fond friendship and the significant contribution made by former PM Abe in taking India-Japan relationship to new heights. Prime Minister also had a brief interaction thereafter with Prime Minister Kishida to reiterate his condolences