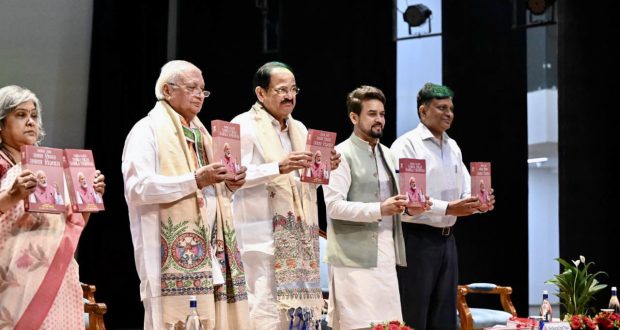 Newdelhi:23/9/22:Former Vice President Shri M. Venkaiah Naidu today unveiled the book Sabka Saath Sabka Vikas Sabka Vishwas”, a collection of selected speeches of Prime Minister, along with Governor of Kerala Shri Arif Mohammed Khan and Union Minister for Information and Broadcasting Shri Anurag Thakur in a function organized by Directorate of Publications Division. The book is a compilation of 86 speeches of the Prime Minister from May 2019 to May 2020 on various subjects

speaking on the occasion the former Vice President said that the book is a significant contribution to widening the understanding of the challenges being faced by the nation and the concerted efforts being made to overcome them. The current government he said is working under the broader philosophy of ‘Sarve Jana Sukhino Bhawantu’. He further said that good schemes have been launched earlier also he said, but only the current Prime Minister, leading from the front, is ensuring all programs adhere to set timelines and targets, he is hands-on and ensures continuous monitoring and eventual delivery. With his gift of enormous communication skills, Shri Naidu said, PM Modi, can connect with all the people of the country alike.

Shri Naidu recalled the time the vision of opening crores of bank accounts appeared unattainable, but under the able leadership of PM Modi, the target was achieved very quickly. Counting Direct Benefit Transfer as the biggest achievement of the Government, Shri Naidu said it freed people from the shackles of middlemen, ensuring endpoint delivery of welfare measures. When previously schemes were identified either as Government or political, PM Modi understood that realization of a goal depended hugely on the involvement of the people. Swachha Bharat Abhiyan was thus envisioned by the Prime Minister as a Jan Andolan (people’s movement). 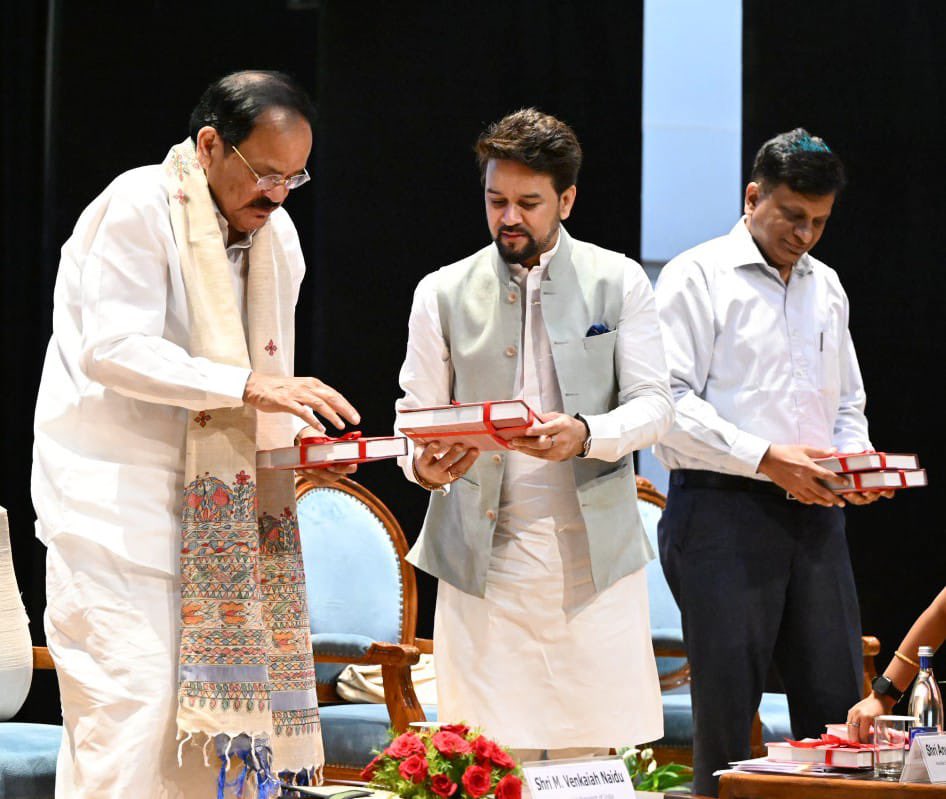 Shri Naidu summed up commenting that “for long people have said that India does not speak from a position of strength and stature. With the advent of PM Modi, India is now a force to reckon with and India’s voice is heard by all.”

Governor of Kerala, Shri Arif Mohammed Khan has said that a common thread runs through the book and that is the Prime Minister’s concern for marginalized sections and women empowerment. He highlighted that the twin issues of availability of toilets and water connectivity had needed urgent Government intervention for a very long but had been lagging even as many Governments came and went. It was only the current Government that took up this mission on war footing from the beginning.

Speaking on triple talaq, he said that getting rid of this evil, which had been thriving for centuries, is no small achievement. Frustrating as it was, married Muslim women lived under the constant threat of divorce. Recalling an anecdote when the then Prime Minister Jawaharlal Nehru had counted as his biggest failure, his inability to give Muslim women the same rights as Hindu women, Shri Mohammed said that the effect of this historic decision will be felt many years later when political and sociological thinkers analyze this decision and Prime Minister Narendra Modi will be remembered as the emancipator of Muslim women. He credited the Prime Minister for braving all odds and opposition and yet delivering on this promise. 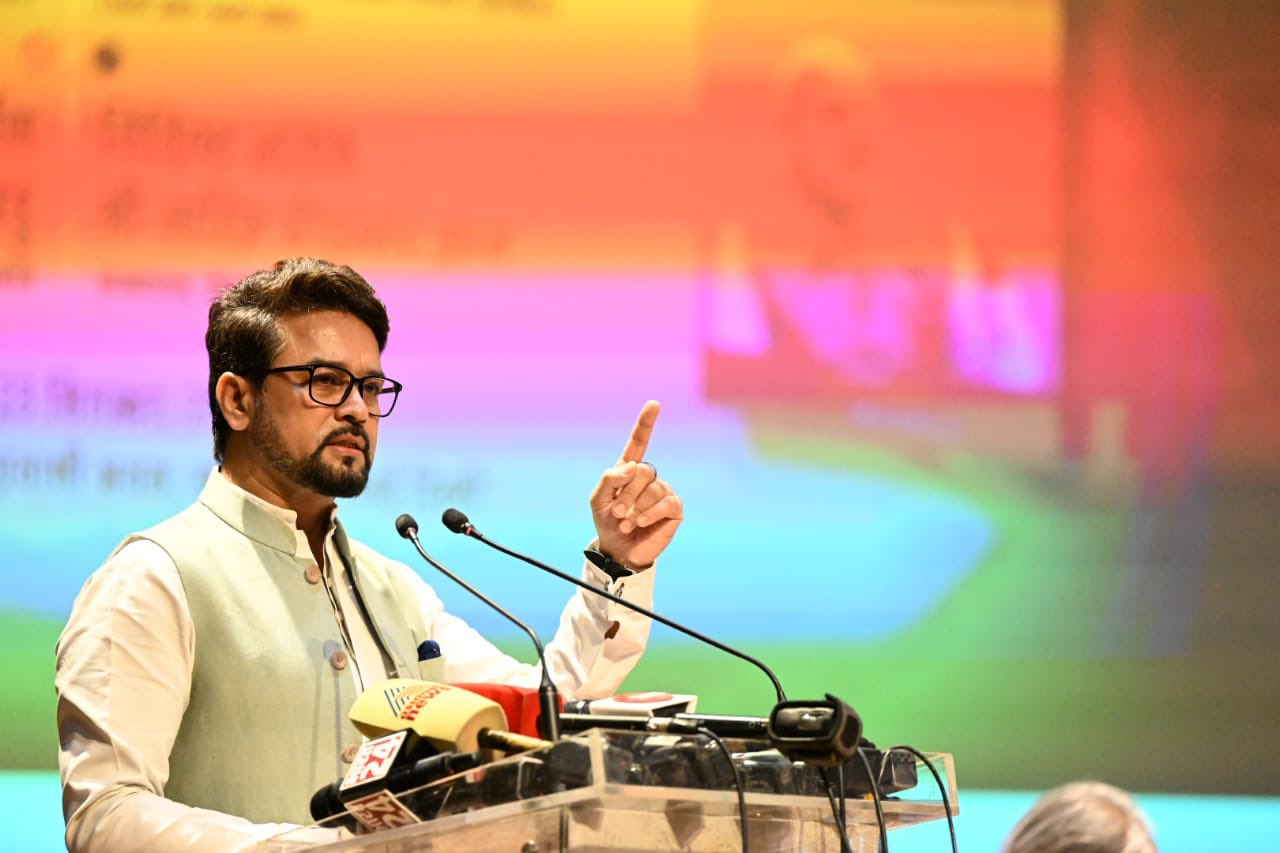 Union Minister Shri Anurag Thakur speaking about the book remarked that the book has compiled 86 speeches of Prime Minister Shri Narendra Modi in 10 chapters and elucidates his deep understanding of complex societal issues and his clear vision. The compilation, he said, is going to be very useful for future historians.

He further said that in these speeches, one can find his thoughts and his leadership on complicated national issues, which resulted in actions due to which India stands as the fifth largest economy in the world. It is these actions along with his passion to serve and ensure last-mile delivery, bereft of middlemen, that have caused people to have unwavering faith in him.

Crediting Shri Narendra Modi for his uncanny ability to connect with people from all walks of life, Shri Thakur said that from students to women, from farmers to soldiers on the borders, from sportspersons to businessmen, anyone who listens to the Prime Minister can identify with his speeches and various international surveys have called PM Modi the most favorite Prime Minister in the world. Powerful world leaders have delved into detail on what it means to be Narendra Modi.

This book contains his speeches on foreign relations, his thoughts on the economy, and his consideration for the restoration of our cultural heritage such as Kashi Vishwanath Dham, Kedarnath Dham, Ayodhya, Deoghar, etc. The book, he said, will inform the reader of his ideas on India’s environment and the steps taken to create a green India, achievements of various Ministries, mainstreaming of fitness, Yoga, and sports, and achievements of the Government in the field of science and technology, agriculture and agro-businesses, employment, from Gramoday to Rashtroday, India’s journey to becoming self-reliant.

This book is an encyclopedia of Shri Narendra Modi’s ideas on various Government schemes. In this compilation, readers will find speeches given on historical occasions – such as the 250th session of the Rajya Sabha, the speech given on the completion of 100 years of ASSOCHAM, Jammu, and Kashmir, and Ladakh after the removal of Article 370 on 8 August 2019. His address to the nation, the message given to the nation on 19 March 2020 regarding Covid, the address given at the launch of the Fit India Movement, his message to the nation after the Supreme Court decides on Shri Ram Janmabhoomi in Ayodhya, etc.

The Minister said that the book has a response to the catastrophic prophecies by various political leaders who had said that India will not be able to survive the abrogation of Article 370 and that not one person would hoist the Indian tricolor in Kashmir. Today Har Ghar Tiranga campaign has seen equal success in Kashmir as in other parts of the country and Kashmir is witnessing development like never before. 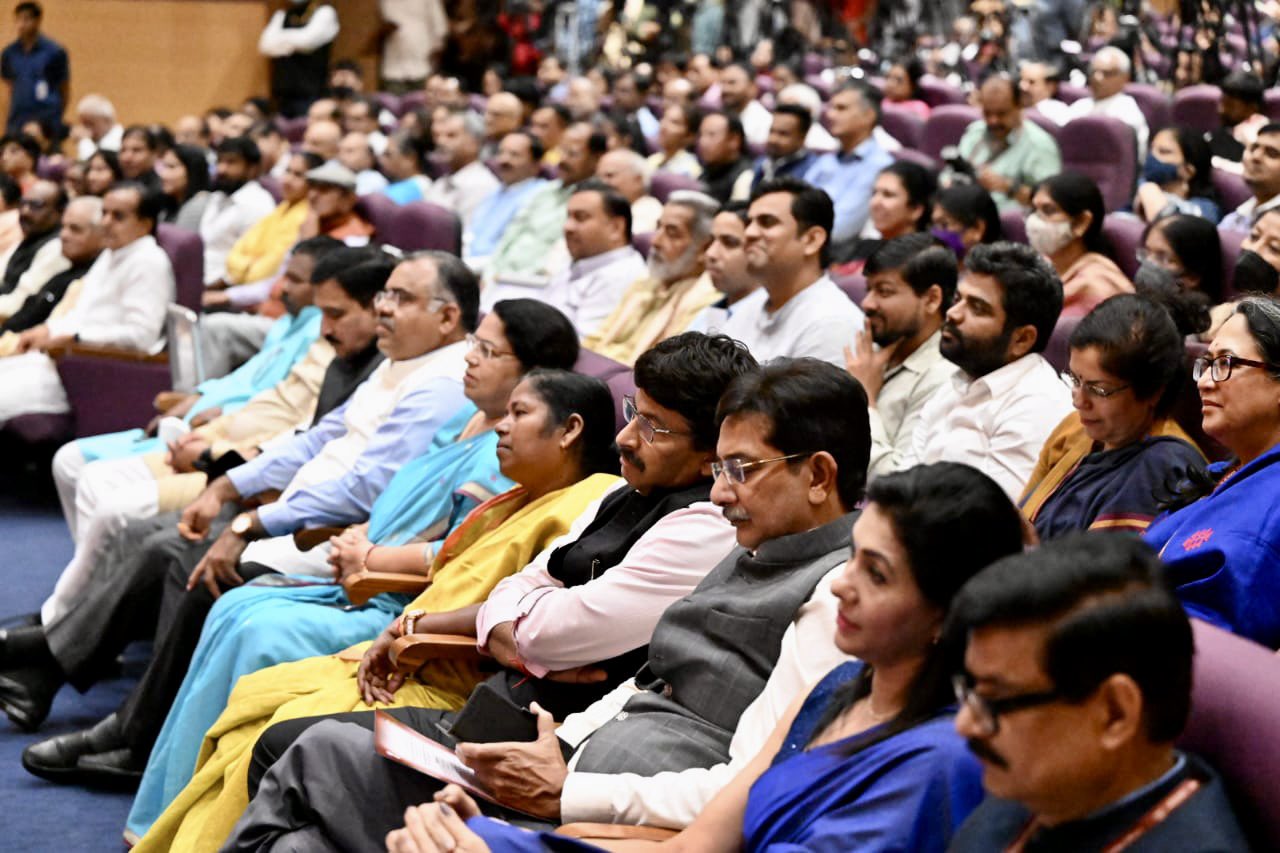 The book portrays the PM’s vision of a new India, which is self-reliant, resilient, and capable of converting challenges into opportunities. The Prime Minister combines leadership qualities, visionary thinking, and foresight with excellent communication abilities to connect with the masses through his exceptional oratory style. The same is reflected in this book. 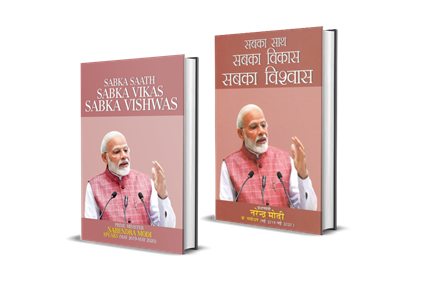 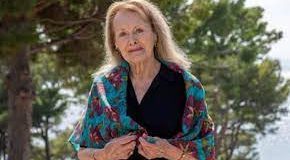