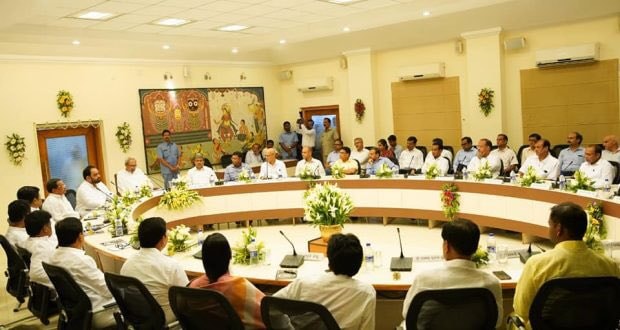 “The state Cabinet has given its approval to at least 33 proposals of various departments. At least six proposals from Water Resources department, including proposals to construct two barrages on Baitarani river in Jajpur district, received the Cabinet nod. The state government will spend around Rs 200 crore for the construction of the two barrages,” said Chief Secretary Suresh Chandra Mohapatra.

The Cabinet gave approval to tenders for construction of 40 lift irrigation projects with intake points on different rivers in Keonjhar, Kalahandi, Balangir, Bargarh, Gajpati, Jajpur, Kendrapara, Angul and Cuttack districts. The projects will benefit thousands of farmers in these districts, he added.

Similarly, the Cabinet approved tenders for execution of pressurized underground pipeline (UGPL)   irrigation network system for left command of lower Suktel irrigation project in Balangir. “The Cabinet has approved a tender of Rs 634 crore for the project, which can irrigate 13,000 acres of agricultural land in Balangir,” Mohapatra said.

The Cabinet gave its nod for leasing 5 acres of government land free of premium for establishment of Central Research Institute in Homeopathy (CIRH), 50 acres in favour of Rajendra University for infrastructure development, and 3.125 acres for establishment of National Centre for Disease Control (NCDC).

The proposal for reservation of 15 percent seats in government physical education colleges for the students staying in government sports hostels along with revised funding for state-level sports infrastructure development scheme also received the Cabinet nod.

The Cabinet approved proposals for a long-term linkage policy for limestone to the eligible state-based end-user industries, widening of Sonepur–Binika-Rampur–Dungurupali road in Subarnapur district, construction of 195 Type-VI and 105 Type-VII quarters for MLAs and government employees in Bhubaneswar, and appointment of members of Odisha Public Service Commission (OPSC).

“The Cabinet has approved a tender of Rs 510 crore for construction of quarters for MLAs and government employees in Bhubaneswar. The project would be implemented within two and a half years,” said the Chief Secretary.

2022-09-22
Editor in chief
Previous: Is@SrBachchan tweet for Odia film- “tu Moro ok” and convey wishes to Sheetal & Team which was remake of Telugu Film
Next: NALCO Breaks Several Past Records with Robust Performance in Physical and Financial Parameters