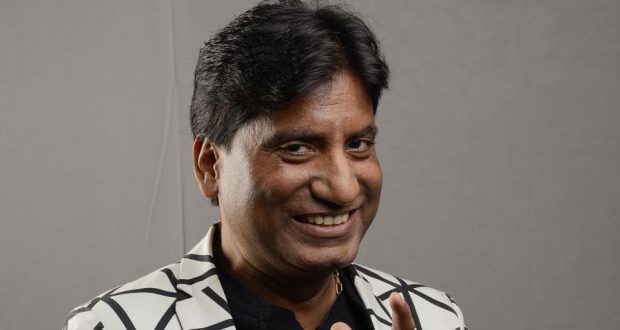 Newdelhi:21/9/22:Raju Srivastava, who suffered a heart attack while working out at the gym on August 10, is no more. The comedian passed away today, September 21, after a long fight. Raju Srivastava’s family members – his wife, son and daughter – are currently at AIIMS. He will be cremated on Thursday, September 22, in Delhi.

Raju Srivastava had suffered severe brain damage after the cardiac arrest and had remained unconscious and under observation at AIIMS, Delhi since August 10. Prime Minister Narendra Modi and UP Chief Minister Yogi Adityanath, had spoken to the comedian’s wife, Shikha Srivastava, and had assured her full help in treatment. Raju was working out on the treadmill when he experienced chest pain and collapsed. He was brought to AIIMS Delhi by his trainer and was given CPR twice to resuscitate his heart.

RAJU SRIVASTAVA IS TO BE CREMATED ON SEPTEMBER 22

Raju Srivastava’s family members – his wife Shikha, son Ayushman and daughter Antara – are currently at AIIMS. The family has decided that the cremation will be held in Delhi. Raju will be cremated on September 22 in the morning. Earlier, they were contemplating taking Raju to Mumbai or Kanpur.

Raju’s brother-in-law confirmed that Raju’s funeral will be held in Delhi. He spoke to IndiaToday.in and said, “In the morning, his BP dropped and then he was given CPR. At first, he responded to it but later collapsed. The ventilator was supposed to be removed in 2-3 days. Medicine doses had also been decreased.”

Ashok Mishra, a comedian in his own right, has known Raju Srivastava for 30 years. He even shared a flat with him in Malad, Mumbai. Today, as Raju Srivastava breathed his last, his friend Ashok Mishra shares anecdotes from our beloved Gajodhar Bhaiya’s early struggling days in Mumbai.

Ashok reveals how Raju stayed in Mumbai’s Sion area with an actress, who had played the role of a nurse in movies. “Thereafter, he purchased a flat worth Rs 1.5 lakh in Malad. He asked me to stay with him. We used to sleep under the same sheet. Raju, like an elder brother, told me, ‘I will do whatever I can to help you. It was my good fortune that I got to be with such a talented artist. It was because of him that I, for the first time, got a place to stay and food to eat in Mumbai,” he says.

During the cardiac arrest, Raju Srivastava also suffered immense brain damage. He was in a critical condition and was on ventilator support. He was being treated by the AIIMS team doctors of the Cardiology and Emergency Department, led by Dr. Nitish Nyay. As per AIIMS sources, Srivastava suffered a cardiac arrest while working out at the gym and was brought to the hospital by his trainer. The comedian was given CPR twice to resuscitate his heart.

Raju Srivastava is a popular comedian who has been a part of several comedy shows. Srivastava was a part of The Great Indian Laughter Challenge, Comedy Circus, The Kapil Sharma Show, Shaktimaan and others. The comedian also featured in Bollywood films like Maine Pyaar Kiya, Tezaab, Baazigar and more. He was recently seen as a special guest on India’s Laughter Champion.