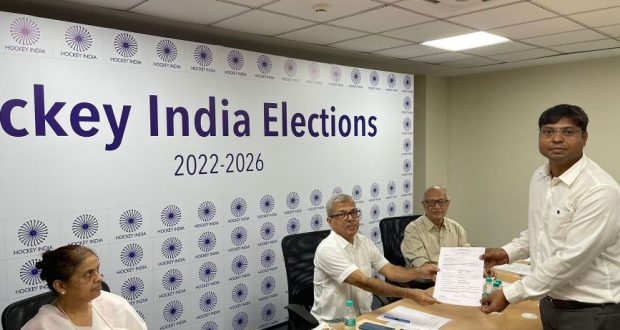 Tirkey shared a post along with a picture on the homegrown micro-blogging Koo app in which he can be seen with dignitaries filing his nomination.

The former skipper said he is committed to take Indian hockey to new heights.

“Submitted my nomination for the post of President, Hockey India with the blessings of all. I am committed to taking Indian Hockey to new heights,” Dilip Tirkey said on the Koo app.

Tirkey is one of the most beloved figures in Indian hockey. He holds the Indian record for most international appearances, with 412 caps over a 15-year-long international career.

Ajay Nayak, the former Chief Electoral Officer, Government of Bihar has assumed the position of Returning Officer. Additionally, AK Majumdar has been appointed as the Assistant Returning Officer. They will be assuming their positions with immediate effect