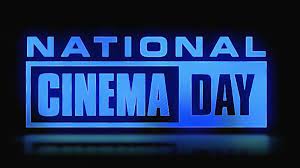 Mumbai15/9/22:: Despite mixed reviews from the critics and viewers alike, Brahmastra is going strong at the box office. So if you are planning to watch the movie but do not wish to spend a lot of money on it, you can watch it for only Rs 75 on September 23. In order to commemorate National Cinema Day, the Multiplex Association of India is offering tickets at only Rs 75. The event was scheduled to take place on September 16 but the date has now been pushed to September 23.

“The Multiplex Association of India (MAI) and Cinemas across India, welcome moviegoers to spend a day at the movies with a celebratory admission price of Rs 75 to mark National Cinema Day,” the MAI posted on Twitter. The association reveals that the National Cinema Day will be held at more than 4000 participating screens and will include cinema screens of PVR, INOX, CINEPOUS, CARNIVAL, MIRAJ, CITY PRIDE, ASIAN, MUKTA A2, MOVIE TIME, WAVE, M2K, DELITE and many others.

National Cinema Day is being celebrated to encourage moviegoers to spend a day at the cinemas. It also celebrates the reopening of the cinema after a hiatus of two years due to the Covid-induced pandemic. The MAI says that is also an invitation to those moviegoers who haven’t made it back to a cinema near them.