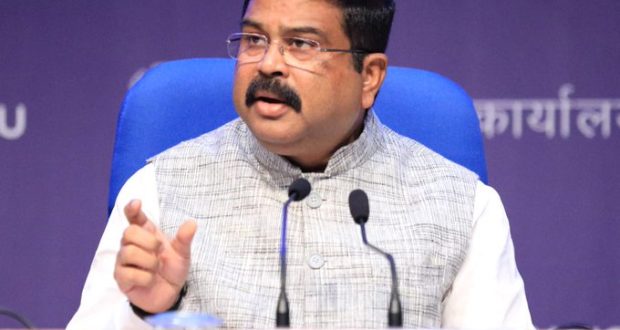 in Education, National 28 days ago Comments Off on Union Cabinet approved launch of a new centrally sponsored scheme of setting up Prime Minister Schools for Rising India 53 Views

Newdelhi:7/9/22:Union Cabinet approved the launch of a new centrally sponsored scheme of setting up Prime Minister Schools for Rising India, PM – SHRI Schools. Over 14 thousand schools including Kendriya Vidyalayas and Navodaya Vidyalayas will be strengthened to emerge as PM-SHRI Schools. The scheme will strengthen existing schools managed by Central Government, State and Union Territories government, and local bodies.

Education Minister Dharmendra Pradhan said the Scheme will be implemented as a Centrally Sponsored Scheme with a total project cost of 27 thousand 360 crore rupees. This includes a central share of 18 thousand 128 crore rupees for the period of five years from the year 2022-23 to 2026-27. He said PM SHRI will provide high-quality education in an equitable, inclusive and joyful school environment. Mr. Pradhan said these schools will be developed as vibrant schools focusing on the all-round development of children. He said a maximum of two schools – one Elementary and one Secondary or Senior Secondary will be selected per block.

The Minister said a portal will be designed to track the performance of students and to make school administration more transparent. He said, under this scheme, two crore rupees per school will be allocated for the next five years, which will be directly given to the schools.

The selection of PM SHRI schools will be done through Challenge Mode wherein Schools will compete for support to become exemplary schools. The schools will be required to self-apply on the online portal. The portal will be opened four times a year, once every quarter, for the first two years of the scheme. These schools will be monitored vigorously to assess progress and understand the challenges faced in the implementation of the National Education Policy.