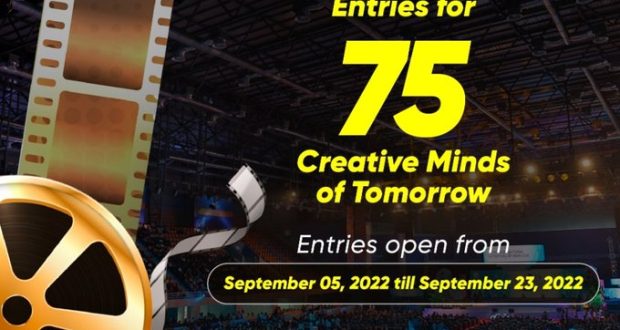 in Entertainment September 6, 2022 Comments Off on Ministry invites entries for ‘75 Creative Minds of Tomorrow’ 69 Views

Newdelhi:6/9/22:The Ministry of Information and Broadcasting has today opened entries for ‘75 Creative Minds of Tomorrow’. The segment is an annual platform at the International Film Festival of India held in Goa, to identify, encourage and nurture young creative talents from across various aspects of filmmaking.

The initiative is in its second year, having been launched in 2021 to mark the 75th year of India’s independence as part of the ‘Azadi Ka Amrit Mahotsav’ celebrations. The number of filmmakers being recognised is symbolic of the years of Indian Independence. It is envisioned that in the coming years the number of youths participating in Creative Minds will increase by one to keep the spirit of the endeavour alive.

The 75 creative minds will be shortlisted and selected on the basis of their submissions by an eminent jury, under the aegis of the National Film Development Corporation ahead of the 53rd edition of International Film Festival of India. This program identifies young budding film makers and provides them a platform to interact and learn from national as well as international film makers during the period of IFFI, Goa. This is a one-of-a-kind platform, with the largest gathering of young creative minds being selected through a competition at any premier film festival the world over; it was conceptualised in 2021 by Sh Anurag Singh Thakur, Union Minister for Information and Broadcasting, Youth Affairs and Sports to provide a platform and connect young talent with the masters of industry from the media and entertainment sector.

During the festival event in Goa, the selected ’75 Creative Minds of Tomorrow’ will also attend workshops and sessions especially curated by the masters of cinema. Further, each team will take part in a group competition to make a short film in 53 hours. The themes of the short film will be based on the spirit of Azadi Ka Amrit Mahotsav wherein the teams will showcase their idea of India@100. The selected creative minds will be made part of seven teams in consultation with Shorts TV, the programming partner of this initiative. The films produced by the seven teams will have a theatrical screening on 24th November 2022 at IFFI following by an award ceremony to celebrate the winning Film. All participants shall be recognised for participating in the competition challenge.

The initiative also is another step in the direction of making India a content and post production hub for the world, by identifying, nurturing and up-skilling young talent and making them industry connected as well as ready. The initiative is nurturing as well as building an ecosystem of young filmmakers allowing them to network as well as collaborate from an early stage. The Ministry has planned to introduce productive interventions so that the participants can utilise this opportunity for gainful employment in the Media & Entertainment space.

2022-09-06
Editor in chief
Previous: PM interacts with winners of National Awards to Teachers on Teacher’s Day
Next: President of India, Smt Droupadi Murmu, conferred National Awards on 45 teachers from across the country 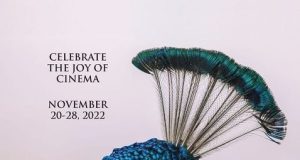