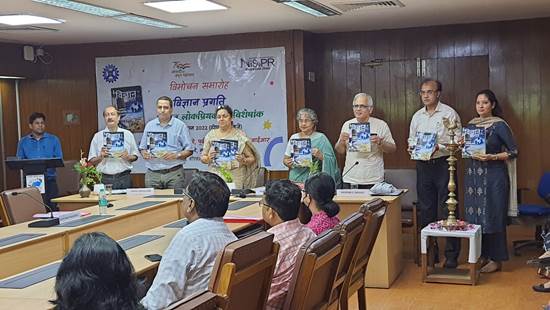 in Literature August 23, 2022 Comments Off on The special issue of NIScPR’s magazine contains Indian organizations engaged in science popularization 68 Views

Newdelhi:23/8/22:CSIR-National Institute of Science Communication and Policy Research (CSIR-NIScPR), New Delhi organized the release function of the Special issue of its Popular Science Hindi magazine “Vigyan Pragati” on 23 august 2022. In the year 2022, this popular magazine of NIScPR has completed the glorious 70 years of spreading science among the public. The very first issue of this magazine was published in August 1952. This special issue (August 2022) of ‘Vigyan Pragati’ contains India’s leading organizations engaged in science popularization. Both government and voluntary organizations have been covered in this special issue. This program is part of Azadi Ka Amrit Mahotsav

The event started with lighting the lamps as a gesture of demolition of the darkness of misinformation with the light of scientific knowledge. Prof. Ranjana Aggarwal, Director, CSIR-NIScPR warmly welcomed the Chief guest Dr. Shekhar C. Mande, and the Guest of Honor Dr. Sharmila Mande. In her address, she described the rich legacy of the science magazine ‘Vigyan Pragati’ and CSIR-NIScPR’s contributions towards science popularisation. She added that science is not a sole part of western culture. India has been practicing science since ancient times and has a rich scientific legacy and traditional knowledge of our nation. She also mentioned Acharya P.C. Ray, for playing an important role in science popularisation in the nineteenth century. 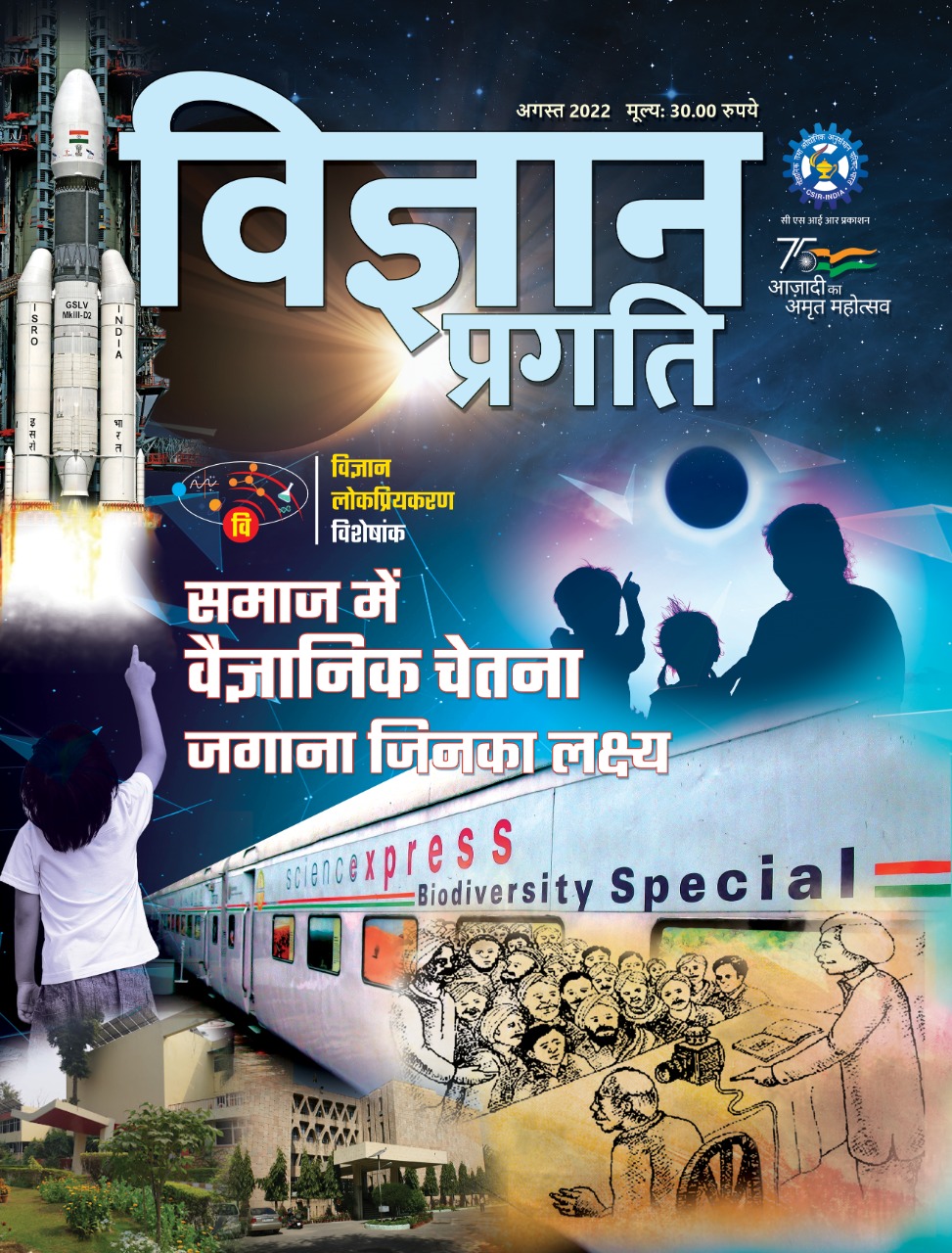 Guest of Honour Dr. Sharmila Mande, Chief Scientist, TCS Research & Innovation, highlighted the role of science communication in regional languages. She added that in this way, innovations in the field of Science and Technology can reach out to a larger population of the society. Chief Guest Dr. Shekhar C. Mande, former Secretary, DSIR & former Director General of CSIR emphasized the role of science and scientific temper in the progress of the nation. He was concerned about the general perception of people towards science, despite having a rich scientific history. He mentioned that there still is a gap between the scientific community and society. He said that science is not finished until it’s communicated. Further, he stressed on historical achievements of CSIR institutions for the betterment of society. He said always there have been tough times for science whether it was the colonial period or the challenging time of the COVID pandemic or any natural disaster, CSIR never stepped back from its responsibility. One may not know about the contributions of CSIR but unknowingly CSIR is part of everyone’s daily life. Dr. Shekhar recalled the contribution of ‘Vigyan Pragati’ in the last 70 years and told this magazine and its popular science content should reach aggressively to the common people. It will decide the fate of the nation in the upcoming 25 years when India will be completing 100 years of Independence.