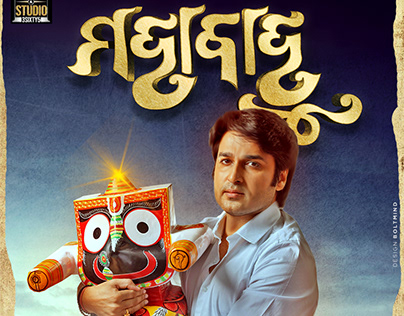 Bhubaneswar:22/8/22: Odia film ‘Mahabahu’ Produced under the banner of RR events is likely to hit the theatres  on25th August 2022 across the state.‘Mahabahu’ (another name for Lord Jagannath) will present the actor as a corporate, who is a staunch devotee of Lord Jagannath. But as the film progresses, Akash’s character in the film turns into an atheist. “The film then explores how his lost faith in Jagannath is finally restored,” reveals Akash, who has been cast opposite Poonam Mishra.

Speaking about his spiritual connection with Lord Jagannath, the actor reveals how he tries to visit Srimandir in Puri at least once a month. “There goes a saying that if the Lord doesn’t want you to visit the temple, you will not be able to make it. But, I am blessed that I have been able to visit Srimandir multiple times and have darshan of the Lord from close proximity,” he shares. This film stars Harihar Mohapatra, Tanu Shree Das, and Ushasi Mishra comprises the rest of the cast. Sritam Das has essayed an important role beside directed the movie. Popular Music Director Premananda has composed the music, 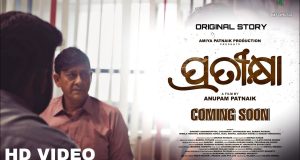