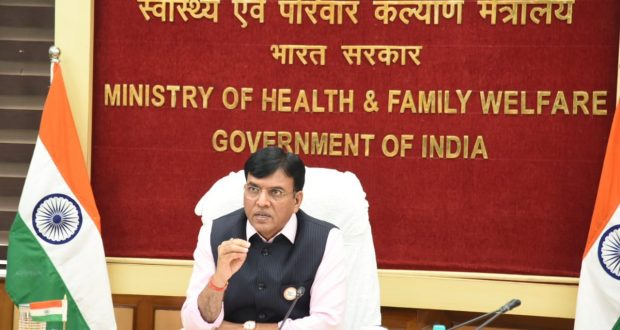 Newdelhi:16/8/22:“Government of India has been working in the spirit of cooperative and collaborative federalism with States and UTs for creating, expanding and strengthening a multi-tier health infrastructure network across the country”. This was stated by Dr. Mansukh Mandaviya, Union Minister of Health and Family Welfare today as he virtually interacted with State Health Ministers of States/UTs to review the implementation of flagship schemes including National Health Mission (NHM), variousa projects under Emergency COVID Response Package (ECRP)-II, Pradhan Mantri Ayushman Bharat Health Infrastructure Mission (PM-ABHIM), 15th Finance Commission (XV FC) grants. He also reviewed the progress of national COVID19 vaccination campaign with specific focus on precaution dose under COVID Vaccination Amrit Mahotsav. Dr Bharati Pravin Pawar, Minister of State for Health and Family Welfare was also present in the meeting. This was part of a series of meetings chaired by the Health Minister to review progress and expedite utilisation of central funds to states under various schemes and packages for upgradation and strengthening of critical care infrastructure across the states.

Reiterating the philosophy of Prime Minister to view an adversity as an opportunity to learn from and build upon our strengths, Dr. Mansukh Mandaviya stated that the pandemic has taught us to invest in critical care infrastructure in every district and block. He assured that Government of India is committed to supporting States/UTs in their efforts towards providing accessible, affordable, quality and equitable public healthcare services to the citizens. Expressing concern regarding the lower utilisation of central funds in some states, he noted that “instead of the Centre reviewing the low funds utilisation, the States ought to enhance their performance and expeditiously seek funds from the Centre for speedy implementation of health schemes”.  He added that various flexibilities have been extended to states for timely utilisation of the funds and creation of health infrastructure under the packages/flagship programmes. Funds under ECRP-II need to be utilised soon as the package is available till December 2022, he emphasised. 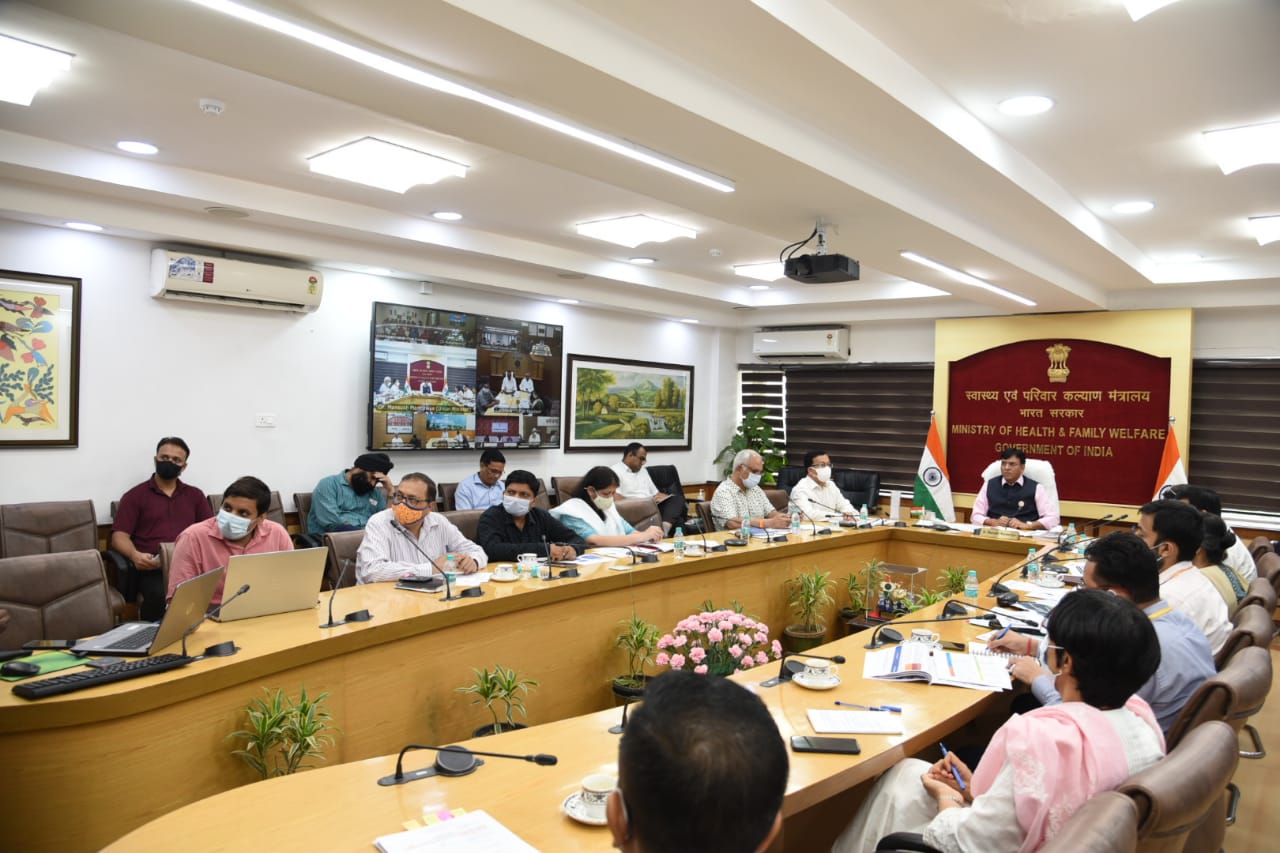 Prime Minister Ayushman Bharat Health Infrastructure Mission (PM-ABHIM) is one of the largest pan-India schemes for strengthening healthcare infrastructure.  With an outlay of about Rs. 64,180 Cr over six years (till FY 25-26), the measures under the scheme focus on developing capacities of health systems and institutons across the continuum of care at all levels viz. primary, secondary and tertiary and on preparing health systems in responding effectively to the current and future pandemics/disasters. The Mission targets to build an IT enabled disease surveillance system by developing a network of surveillance laboratories at block, district, regional and national levels, in metropolitan areas & strengthening health units at the Points of Entry, for effectively detecting, investigating, preventing, and combating public health emergencies and disease outbreaks.

The 15th Finance Commission was constituted in November 2017, with the mandate to recommend measures to augment the Consolidated Funds of the States for FY 2020-25. The Commission recommended that health spending by States should be increased to more than 8 percent of their budget by 2022, primary healthcare expenditure should be two-thirds of the total health expenditure by 2022 and, Centrally Sponsored Schemes (CSS) in health should be flexible enough to allow states to adapt and innovate, with the focus shifting from inputs to outcomes. The Union Government accepted the 15th FC grant of Rs. 70,051 crores for local governments with 37% (Rs 26,123 Cr) of the total funds allocated for Urban Health and 63% (Rs 43,928 Cr) for Rural Health.

The ‘India COVID-19 Emergency Response & Health System Preparedness Package: Phase-II (ECRP-II package)’ amounting to Rs. 23,123 Crores was approved by the Union Cabinet on 8th July, 2021. The aim is to accelerate health system preparedness for immediate responsiveness for early prevention, detection and management, with a focus on health infrastructure development including for Paediatric Care and with measurable outcomes.