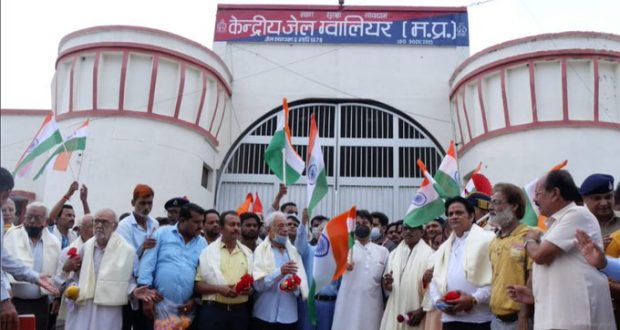 Gwalior:14/8/22: As a part of ‘Har Ghar Tiranga and ‘Partition Horrors Remembrance Day’ program, Shri Jyotiraditya M. Scindia, Minister of Civil Aviation and Steel paid tribute to freedom fighters and felicitated family members of the martyrs in a program held at the Central Jail, Gwalior on today. 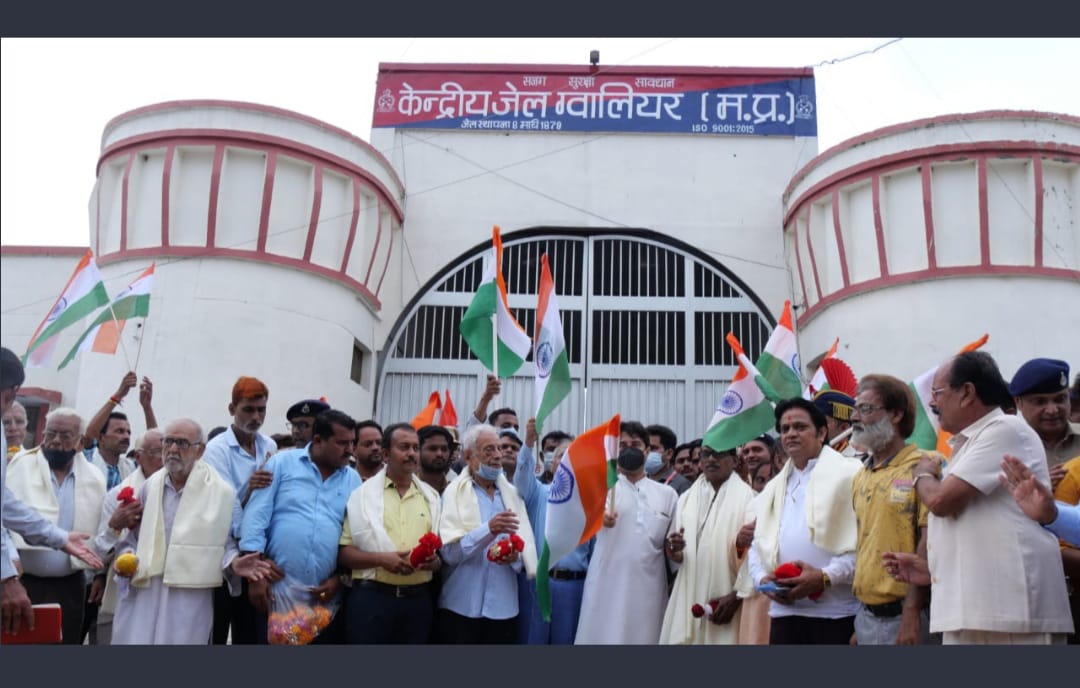 The Minister also inaugurated an exhibition of pictures portraying the horrors of partition. The exhibition depicts a story of unprecedented human displacement and forced migration, a story of violent divide and how the way of life and ages of co-existence came to a sudden and dramatic end.

At the event, the Minister said that the country and the countrymen have travelled this journey of 75 years since independence, and now we not only need to think about this journey but also prepare ourselves for the journey ahead. He said, the country has now moved ahead on the path of development under the leadership of Prime Minister Shri Narendra Modi, and the country is geared up for a new journey from Amrit Kaal to Shatabdi Kaal. Opportunities are immense and we need to take the Sankalp to keep this country on the path of development.

While addressing the inmates of Central Jail, Gwalior, Shri Scindia emphasised its history and its relevance in the freedom struggle. He stated that once the inmates are released, the skills learnt and introspection carried out during this stay will enable them to make a positive contribution in society and the nation.

The Minister motivated the gathering for feeling proud of the Tiranga that reflects the emotions of 130 crore countrymen, their diversity and honour. The Minister also pointed out the horrors of partition, and the sufferings of the displaced and affected people.

The government of India and State/UT Governments along with the people of India are celebrating Azadi Ka Amit Mahotsav (AKAM) to commemorate 75 years of Independence. People are actively taking parts in ‘Har Ghar Tiranga’ programs all across the country. As a part of this program, 400 places which include important monuments, memorials, jails, railway stations and places near forest and rivers that are associated with freedom struggle have been identified where the sacrifices of freedom fighters are being recognized to remind the present generation of their invaluable contributions.

The programme was organized by the Ministry of Steel with help of district administration and Central Jail, Gwalior authorities.

2022-08-14
Editor in chief
Previous: ADDRESS TO THE NATION BY HON’BLE PRESIDENT OF INDIA SMT. DROUPADI MURMU ON THE EVE OF THE 76TH INDEPENDENCE DAY
Next: NTPC celebrates ‘Har Ghar Tiranga’ campaign with patriotic fervour