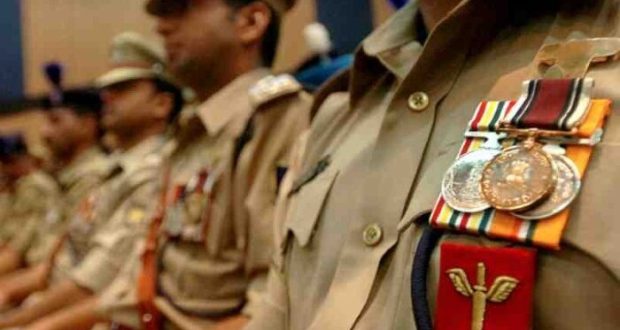 in State News August 14, 2022 Comments Off on 15 police personnel from Odisha will be awarded the Police medals for Gallantry, Distinguished and Meritorious services 55 Views

Bhubaneswar:14/8/22: About 15 police personnel from Odisha will be awarded the Police medals for Gallantry, Distinguished and Meritorious services on the occasion of Independence Day 2022 on Monday.

A total of 1,082 police personnel from across the country will receive the gallantry and other medals on the occasion, said a notification issued by the Union Ministry of Home Affairs (MHA) today.

2022-08-14
Editor in chief
Previous: Locals of Swabhiman Anchal and Mahupadar axis are wholeheartedly participating in the celebration of India’s 75th Independence Day.
Next: A medium flood is imminent in the Mahanadi river basin of the State as heavy rains continue