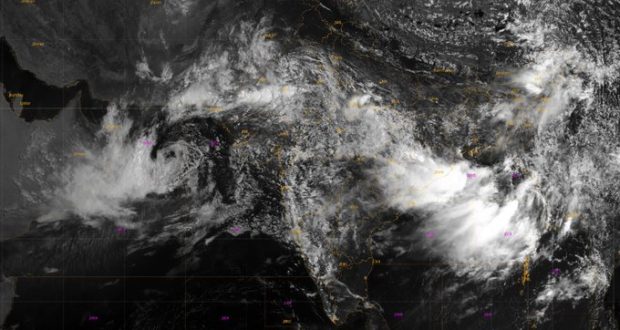 Bhubaneswar:13/8/22: Yesterday’s cyclonic circulation over west Myanmar & neighborhood has moved west-northwestwards and now lies over Northeast Bay of Bengal. Under its influence, a Low-Pressure Area is likely to form over North Bay of Bengal in the next 12 hours, informed the regional center of the India Meteorological Department in Bhubaneswar on Saturday.

The system is likely to become more marked during the subsequent 24 hours and move west-northwestwards thereafter.

In view of it, the IMD has issued Orange Warning for 14 districts for today. As per the warning, heavy to very heavy rainfall (7 to 20cm) is very likely to occur at isolated places over the districts of Balasore, Bhadrak, Jajpur, Kendrapada, Jagatsinghpur, Cuttack, Khordha, Puri, Nayagarh, Ganjam, Gajapati, Dhenkanal, Kandhamal, and Kalahandi.

It may trigger landslides/mudslides in vulnerable hilly areas, temporary water logging in low-lying areas, occasional reduction of visibility causing traffic congestion in urban areas, and some damage to Kutcha roads and vulnerable Kutcha houses. The IMD has advised people to keep arrangements for drainage of excess water from inundated agriculture fields.