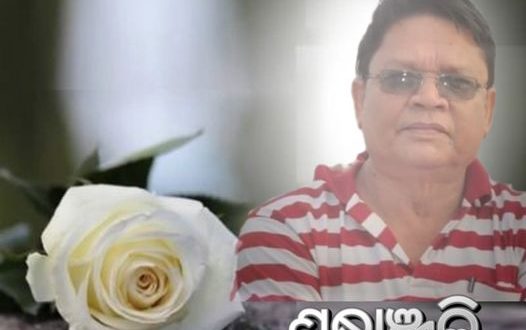 Cuttack10/8/22:: Noted Odia screenwriter and dialogue writer Ranjit Patnaik passed away at his CDA-based residence in Cuttack on Tuesday night. He was 65.

Sources said he was suffering from liver cirrhosis since long and was under medication. He passed away due to liver failure.

Patnaik had reportedly started his career as a dialogue writer in the year 1999. He has written dialogues and screenplays for over 20 Odia movies.

2022-08-10
Editor in chief
Previous: ODIA GIRL MAKES IT TO CORNELL UNIVERSITY
Next: Govt of India has accepted the request of States/UTs for more time for completion of houses.