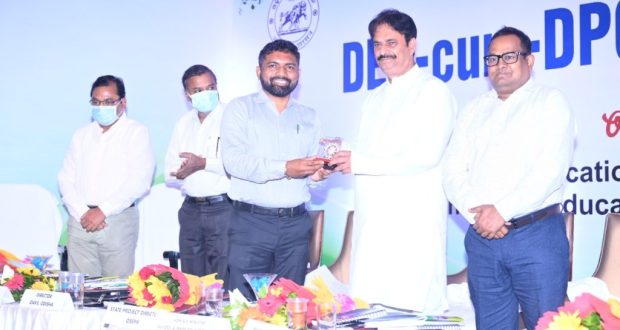 Bhubaneswar: The School and Mass Education Department of the Odisha government today announced its partnership with Breakthrough and the Abdul Latif Jameel Poverty Action Lab (J-PAL) South Asia to integrate a gender equity curriculum into the syllabus for students across government schools in the state.

The curriculum, designed by the NGO Breakthrough, uses interactive classroom discussions to encourage adolescent boys and girls to reflect on culturally embedded gender norms, roles, and discriminatory practices to transform their gender attitudes, aspirations, and behaviours. Through this partnership, the curriculum will be integrated into the Social Studies syllabus for adolescent boys and girls from Grades 6 to 10 in over 18,000 middle and 5,000 secondary schools in Odisha by August 2022.

The curriculum was first evaluated by J-PAL South Asia in 314 government schools in Haryana and was found to shift the gender attitudes and behaviours of both boys and girls and lead students to enact more gender-equitable behaviours. The curriculum has since been introduced in multiple states in India, including Punjab where it is currently reaching 600,000 students annually in government schools across the state.

In Odisha, Breakthrough will work with the Department of School and Mass Education to contextualize and integrate the curriculum into the syllabus, train teachers and key departmental personnel, and conduct gender sensitization workshops with principals across 23,000 state-run schools.

The program will also leverage the Digital Infrastructure for School Education (DIKSHA), the Government of India’s open-access education technology platform, to train teachers, receive feedback from them, and engage parents in the sensitization process as well.

2022-08-08
Editor in chief
Previous: Results of Plus II Arts and Vocational courses examinations was out .
Next: Role of Media in a democratic society can hardly be overemphasized. It should endeavour to uphold our great cultural heritage and moral values : Naveen Patnaik