Top Headlines
Home » National » Signing of the certification of the election of Shri Jagdeep Dhankar as the 14th Vice President of the India by Sh. Rajiv Kumar, CEC and Sh. Anup Chandra Pandey, EC 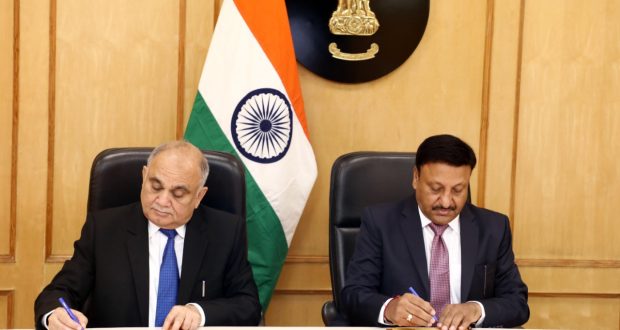 in National August 7, 2022 Comments Off on Signing of the certification of the election of Shri Jagdeep Dhankar as the 14th Vice President of the India by Sh. Rajiv Kumar, CEC and Sh. Anup Chandra Pandey, EC 87 Views

Newdelhi:7/8/22:The Commission had announced the schedule for the sixteenth Vice Presidential Election vide its press note dated 29th June 2022, fixing inter-alia August 6, 2022, as the date of poll and date of counting. As scheduled, the poll was taken on August 6, 2022, at Parliament House in New Delhi. Out of a total of 780 electors who were eligible to vote, 725 electors exercised their franchise, out of which 15 ballot papers were declared invalid. The Returning Officer of the said election, the Secretary General of Lok Sabha, after the counting of votes was over, declared Shri Jagdeep Dhankar elected as the next Vice President of India on August 6, 2022 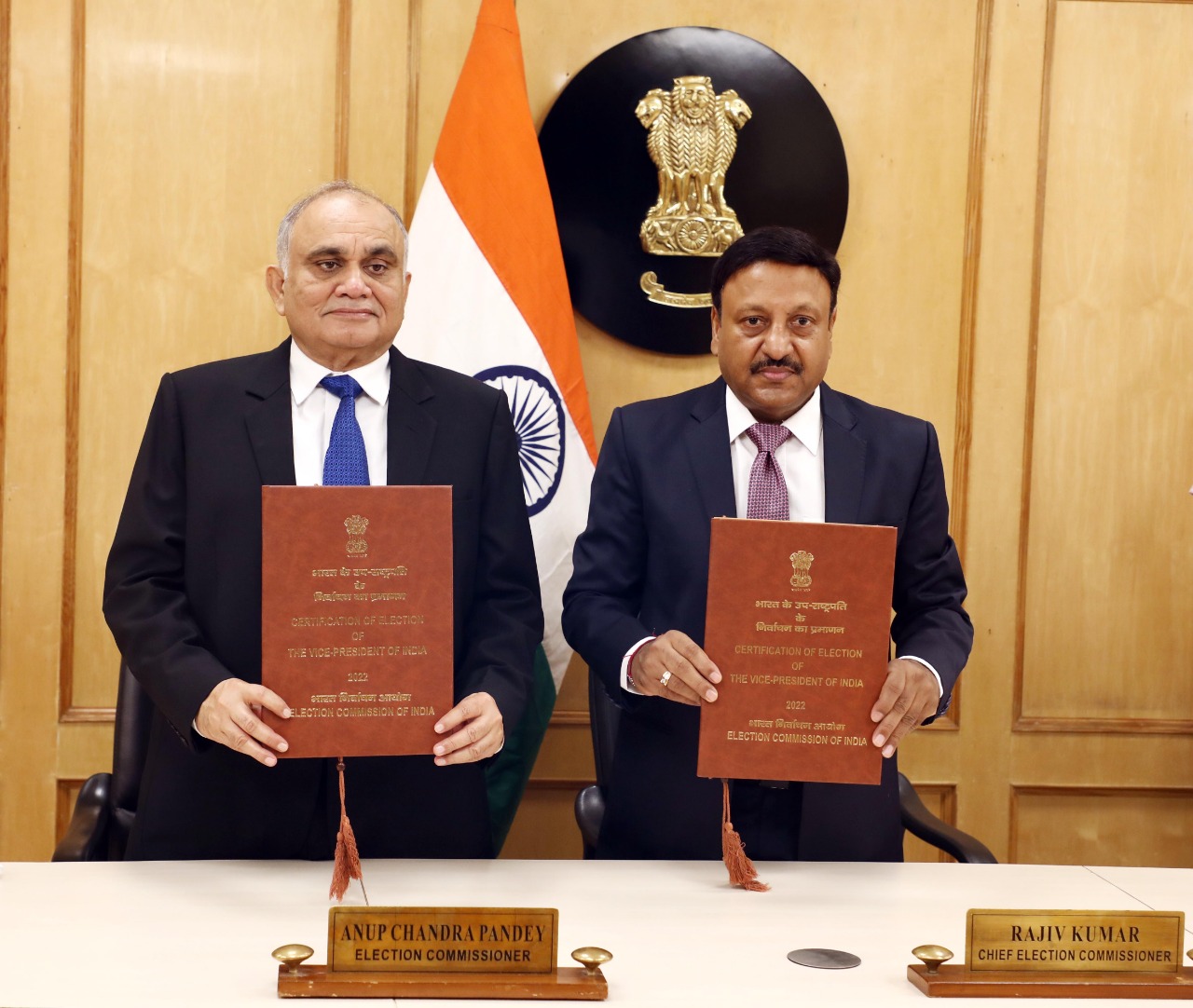 . The process which was initiated on 05th July 2022 with the publication of programme notification in the Gazette has culminated today with the signing of the Certification of the Election of Shri Jagdeep Dhankar as the fourteenth Vice President of the Republic of India by Sh. Rajiv Kumar, Chief Election Commissioner of India and Sh. Anup Chandra Pandey, Election Commissioner. Thereafter, a signed copy of the same was handed over to the Union Home Secretary by Sh. Dharmendra Sharma, Senior Deputy Election Commissioner and Sh. Narendra N. Butolia, Senior Principal Secretary will be read out at the time of oath-taking ceremony of the new Vice President of India on 11th August 2022.

The Commission puts on record its sincere appreciation to the entire team of the Returning Officer, ECI Observers, Delhi Police, CRPF for their excellent cooperation in the conduct of the aforesaid election.