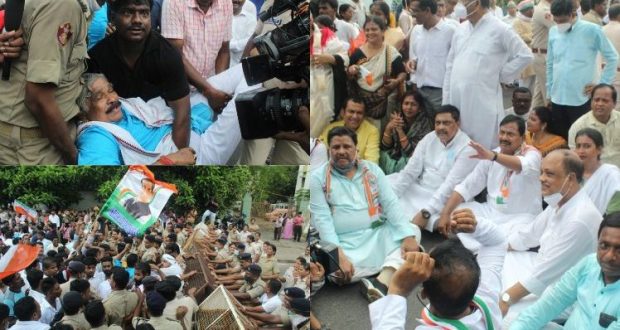 in State News 14 days ago Comments Off on Congress party launched a massive protest over issues of inflation, price rise, GST and unemployment 47 Views

While the workers of the Odisha Congress Committee (OPCC) were marching toward Raj Bhawan this morning, a scuffle broke out between members of the party and police.

Police tried to stop them and detained some prominent Congress leaders as the protest went violent.

Congress is observing a massive nationwide protest today against the central government over inflation, GST, and unemployment. Hundreds of agitators have been detained by police in Bhubaneswar.