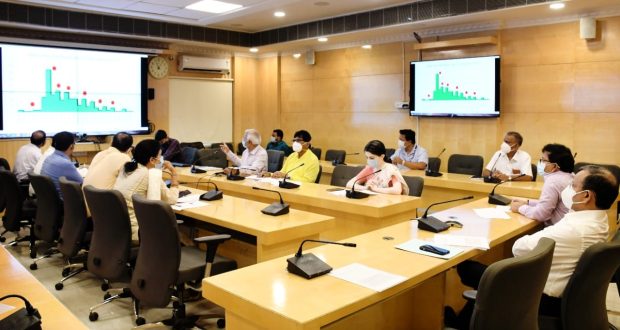 Bhubaneswar:5/8/22: Chief Secretary Suresh Chandra Mahapatra on Friday reviewed the diarrhea situation across several districts in Odisha and directed the Collectors to make proper arrangements to stop the spread of the water-borne disease.

He emphasised on rapid diarrhea information dissemination system from villages and wards to Community Health Centers, District Headquarters Hospitals, and District Collectors and instructed for immediate transfer of patients to the hospital.

He instructed the Collectors for regular treatment of all drinking water sources. They were also instructed to ensure that people do not drink the water from streams and have also asked them to intensify the awareness programme.
The Chief Secretary ordered for deployment of vehicles with reverse osmosis systems for water purification in infected areas.

All Collectors and Health Officers have been instructed to keep the diarrhea prevention system active till the end of the rainy season and to be fully alert. Disease surveillance and the testing system will be intensified.

Reportedly, a total of 680 people have been infected in seven districts such as Rayagada, Koraput, Nabarangpur, Sonepur, Nuapada, Gajapati, and Jharsuguda and 610 people have recovered. 53 people are hospitalised and 17 people died due to delays in reaching the hospital.