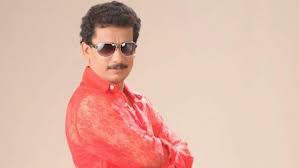 Bhubaneswar:2/8/22: Olywood actor-comedian Papu Pom Pom has been acquitted by a POSCO court in a casting couch case involving a minor girl.

The court on Tuesday gave Tatwa Prakash Satpathy alias Papu Pom Pom and his aide Gittu a clean chit in the case that had come to the fore in 2016.

Notably, a minor girl had filed a complaint against the actor in June 2016 accusing him of making sexual advances on the pretext of giving her a break in the Odia film industry.

The actor was charged under various sections 341, 323 and 354 of IPC and also under Sections 8 and 12 of (Protection of Children from Sexual Offences Act) POCSO Act.

The police had arrested the actor from Puri on June 30, 2016. However, Papu was granted bail in August of the same year