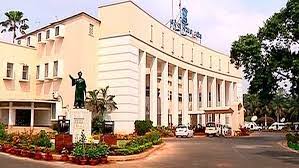 Bhubaneswar: 1/8/22:The Odisha Assembly was today adjourned sine die, three days ahead of the scheduled end of the budget session.

The session which commenced on July 2 had 21 sittings. The full-fledged annual budget for 2022-23 was presented on the first day of the session.

A resolution was adopted in the House for President Droupadi Murmu.