Top Headlines
Home » National » Today is a historic day because Smt. Droupadi ji Murmu belonging to the tribal society has become the President of the country: Arjun Munda 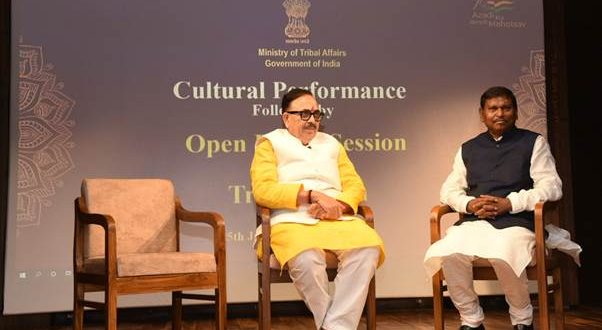 Today is a historic day because Smt. Droupadi ji Murmu belonging to the tribal society has become the President of the country: Arjun Munda

in National 20 days ago Comments Off on Today is a historic day because Smt. Droupadi ji Murmu belonging to the tribal society has become the President of the country: Arjun Munda 46 Views 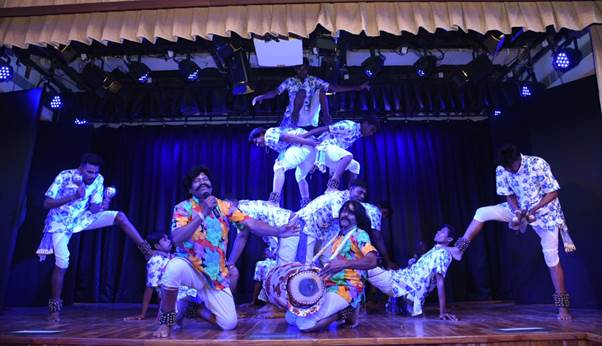 In his address on the occasion, Tribal Affairs Minister Shri Arjun Munda praised the artists coming from many states for their outstanding dance performances. Further, Shri Arjun Munda said that today is a historic day as Smt. Droupadi  Murmu Ji belonging to the tribal society has become the President of the country.

In his address, Shri Mahendra Pandey appreciated the dance performance of all the artists. He said “The daughter of India, who hails from the world of water-land-forest, has today become the President of the country and this new history has been made in the Amrit kaal for the country. He also added that it is a clear indicator of the new thinking of the present government which is giving shape to a progressive India.

2022-07-25
Editor in chief
Previous: Parshottam Rupala launches NDDB’s subsidiary for manure management
Next: DIKSHA an initiative of the Ministry of Education for digital online education