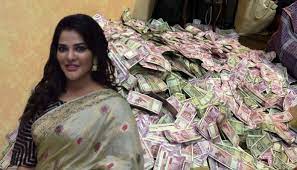 West Bengal Commerce and Industry Minister Partha Chatterjee was arrested by the Enforcement Directorate (ED) in Kolkata on Saturday for his alleged involvement in the teacher recruitment scam.

She has acted with known Odia flim actors including Siddhanta Mohapatra, Anubhav Mohanty and Sabyasachi Mishra.

The ED was investigating the money laundering aspect of the recruitment scam, where transactions worth crores of rupees were allegedly made for the appointment of teachers recruited through the SSC.