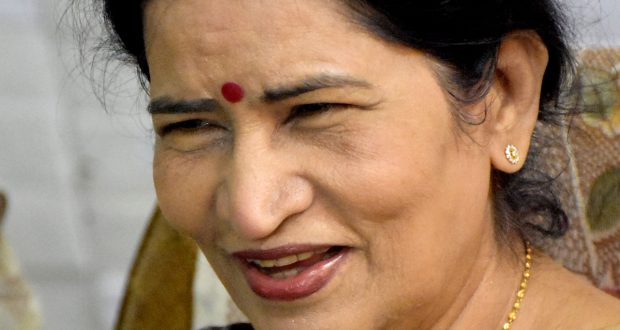 in Literature, National, State News July 20, 2022 Comments Off on Odia writer and Jnanpith awardee Pratibha Ray has been chosen for the “Viswambhara award” 271 Views

Bhubaneswar:20/7/22:Jnanapith Award-winning Odia writer Pratibha Ray will be receiving Vishwambhara Award, in the name of yet another Jnanapith Awardee late Prof. C. Narayana Reddy. Ray is the second writer to get this award, Chandrashekar Kambar being the first. The award carries a cash prize of 5 lakhs with a citation the award will be presented at a function to be organised in connection with 91 st birthday celebrations of poet Dr. C. Narayanareddy at Ravindra Bharati here on July 29. Vice-President M. Venkaiah Naidu will be the chief guest. Union Minister G. Kishan Reddy, State Agriculture Minister S. Niranjan Reddy would attend the event. Noted dance exponent Deepika Reddy will perform at the event based on Dr. Cinare’s songs.

It is worthy to note that This year, Amar Ujala’s highest word award ‘Akashdeep’ for writing and overall contribution to life was also declared to be conferred to Pratibha Ray, an eminent writer of Oriya in non-Hindi languages. Born on January 21, 1943, in Jagatsinghpur, Odisha, Pratibha Rai was given this honor for enriching Indian literary culture through extraordinary Odia creation,

Her works have been translated into various Indian languages, English, and other foreign languages.  Her thrust being psychosocial analysis, Pratibha grapples with issues of contemporary relevance, dealing with a variety of subject matters starting from mythology, history, science, tribal culture, rural and urban life, politics, and contemporary global issues. She tries to bring different levels of perception into one structure. Ray’s work is unsparing in its indictments of social evils, injustice, and corruption in narrow lanes of power and politics.

The 78-year-old writer, who has earlier won prestigious awards like   Jnanpith, Moortidevi and Sahitya Akademy for her literary exploits is among the boldest writers in India whose writings in Odia language bring out her desire for a social order based on equality, love, peace, non-violence and emotional integration. Daughter of a school teacher, Ray caught the attention with her first novel Barsha Basanta Baishakha (Rain, spring and summer) in 1974. The Government of India honoured her with the second and third highest civilian awards, Padma Shri (2007) and Padma Bhushan (2022).

Pratibha Ray’s novels and short stories depict the tension of modern life, corruption and degeneration of values in every sphere while questioning caste and religious discrimination. She has steered clear of the hapless alienated human situation to discover human greatness and feminine grace in the myths and legends of the great epics – Ramayana and Mahabharat. Her interests are multifold, from historical periods to myths and great monuments and figures as well as the dark realities of the Bondas and other deprived segments of the society. Her range is vast and varied and her narratives to are expressive, interpretive, argumentative, and at times even magical. Her Yagnaseni (Daughter of Yagnasena in the Mahabharat) which epitomizes the famed Mahabharat heroine Draupadi is a modern woman with an identity of her own. Pratibha’s Draupadi is illustrative of what she herself has said in several interviews, a sort of “humanist feminism”.

Reddy was also awarded an honorary Kala Prapoorna by Andhra University in 1978, and the Raja-Lakshmi Award by the Sri Raja-Lakshmi Foundation in 1988.
The Government of India honoured him with the second and third highest civilian awards, Padma Shri (1977) and Padma Bhushan (1992). Reddy was nominated to the Rajya Sabha, the upper house of the Indian Parliament, in August 1997.

2022-07-20
Editor in chief
Previous: 17 proposals got the approval of the State Cabinet in the meeting which was held today under the chairmanship of Chief Minister
Next: More than 193.53 Crore vaccine doses provided to States/UTs 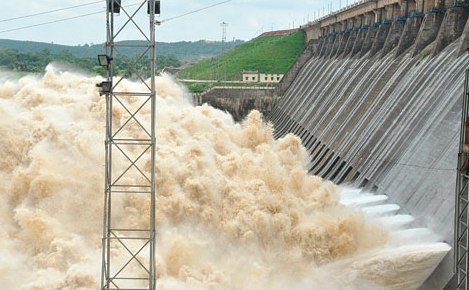