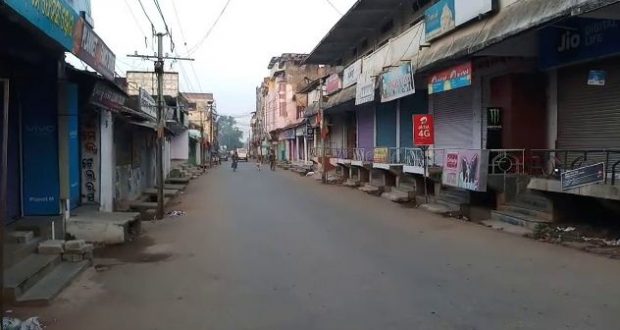 Bhubaneswar:19/7/22: Odisha Bandh over death of BJB College student Ruchika Mohanty seemed to have failed to put impact as no untoward incident has been reported from anywhere in the state so far.

As of now, the vehicular traffic and rail movements were normal in major places without any disruption in Bhubaneswar, the MoBus service remained unaffected in the morning and the commuters did not face hindrance till now. The shops and commercial establishments were found open in urban areas.

According to reports, elaborate arrangements have been made by police to prevent an untoward incidents in view of the statewide bandh called by Naba Nirman Krushak Sangathan (NNKS) along with its student wing Navnirman Yuva Chhatra Sangathan (NYCS).

Since the House is in session, the security was tightened around the Lok Seva Bhawan as well as State Legislative Assembly for Odisha Bandh. The employees of Lok Seva Bhawan have been asked to reach the office by 9.30 am.

Seeking justice for Ruchika Mohanty, who allegedly died by suicide inside hostel room of the BJB Autonomous College in Bhubaneswar, the outfit had called for 12-hour shutdown in the state starting from 6 am today.

Earlier, state unit of Congress had announced to extend its support to Odisha Bandh for mounting pressure on police and administration to intensify the investigation into death of the Undergraduate student.