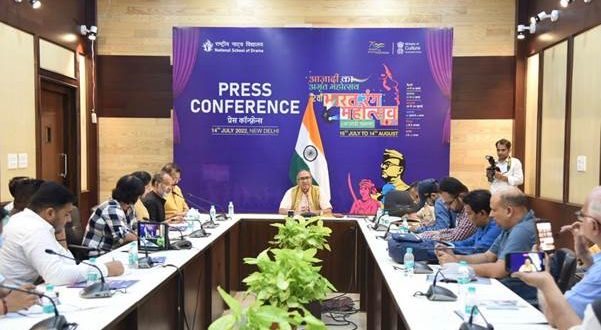 “Prof. (Dr.) Ramesh Chandra Gaur, Director, NSD while addressing the media informed that under this series, 30 plays would be showcased in different cities of India. The festival will be inaugurated on 16th July 2022 at Kamani auditorium, New Delhi and subsequently, it will be organized in 5 other cities of the country namely Bhubaneswar, Varanasi, Amritsar, Bengaluru and Mumbai. A special show for the culmination of this festival will be organized in Jawaharlal Nehru Stadium, New Delhi on 14th August 2022. 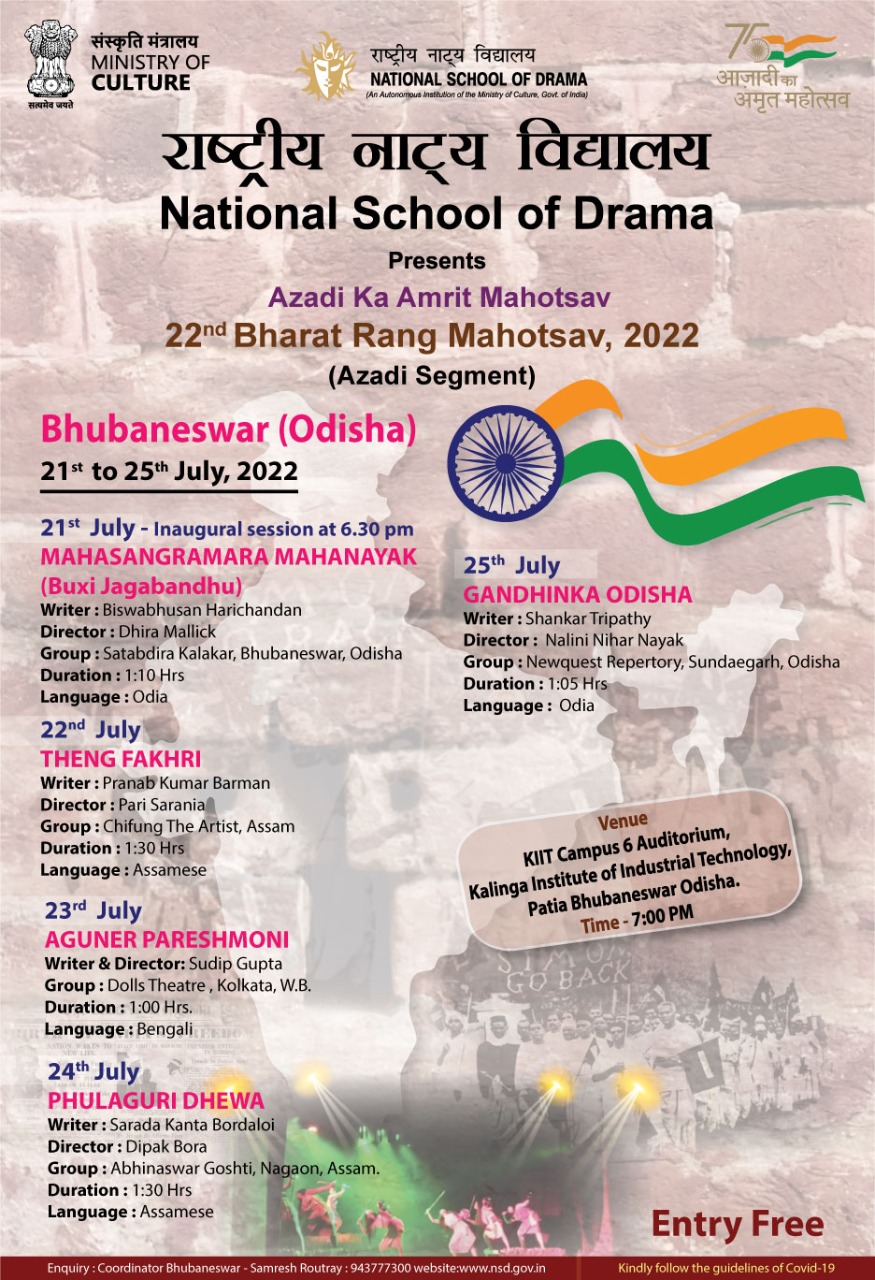 He specially mentioned that under the Azadi segment, NSD will hold a special play on the eve of Kargil Vijay Diwas, Kargil Ek Natya Katha at the premises of National War Memorial on 25th July where Minister of Defence and Chief of Army Staff have been invited. On 14th August, a special play would be organised at Jawaharlal Outdoor Stadium.

Shri Gaur also informed about the online booking systems for entry into all places where the plays would be organised . Entry will be Free after registration through the www.nsd.gov.in website, on First come first served basis.