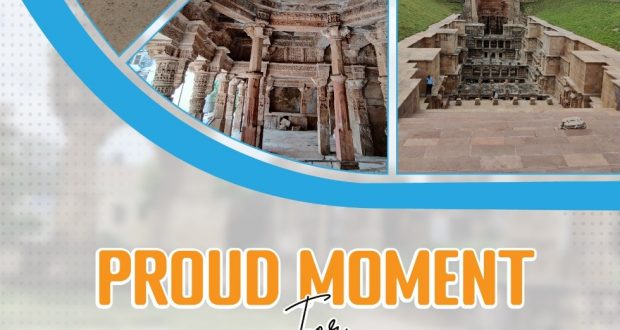 in International, National 27 days ago Comments Off on India’s first UNESCO World Heritage City, Ahmedabad in the list of “World’s 50 Greatest Places of 2022” by Time Magazine 51 Views

Newdelhi:14/7/22:The Union Home and Cooperation Minister Shri Amit Shah has congratulated countrymen on the inclusion of India’s first UNESCO World Heritage City, Ahmedabad in the list of the “World’s 50 Greatest Places of 2022” by Time Magazine.

In a series of tweets, Shri Amit Shah said “Matter of immense pride for every Indian, especially the people of Gujarat that India’s first UNESCO World Heritage City, Ahmedabad has now been included in the list of the “World’s 50 Greatest Places of 2022” by Time Magazine. Congratulations to everyone!”.

Shri Shah said that “Since 2001, Shri Narendra Modi visionary ideas laid the foundation for creating world-class infrastructure in Gujarat. Be it the Sabarmati Riverfront or the Science city in Ahmedabad, Shri Modi has always stressed creating Next-Gen infrastructure and making India future ready.”