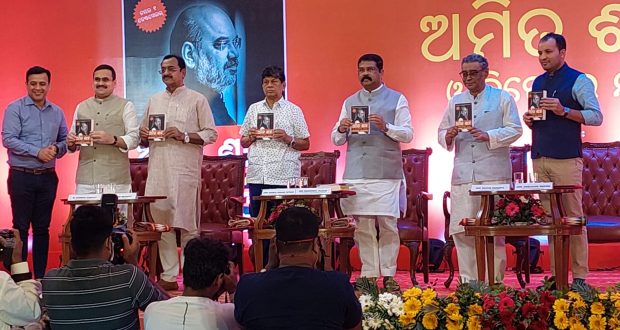 The book depicts the political life of Amit Shah, at present the Union Home Minister, alongside the journey of the BJP in nation-building.  At the age of 13, Shah campaigned for Sardar Vallabhbhai Patel’s daughter Maniben in the general elections held in the aftermath of the emergency period. Maniben fought the election on a Janata Party ticket.

Since his childhood, Shah had got an inclination toward patriotism, upholding democracy, nationalism thoughts, and service to the people. He passed all hurdles with a strong and positive mind to reach his ambition of being part of nation-building. 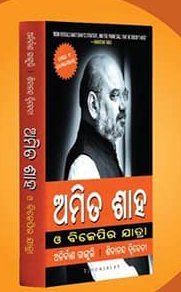 The story of Amit Shah’s political life, struggles, rise and triumph is little known. For a leader who is often referred to as the Chanakya of Indian politics, who has dominated India’s fast-paced and complex political stage since 2014, has altered its electoral map by leading the Bharatiya Janata Party (BJP) to successive historic victories post the May 2014 general elections, there is very little that is recorded or narrated.
Yet, the curiosity that he continues to generate, the interest that he elicits from people across the spectrum is increasing by the day. Most of what is written about Amit Shah is based on conjectures, hearsay, assumptions and biases. The real Amit Shah, the once booth-worker and now national president of the largest political party in the world, the leader who can clinically plan a sharp electoral strike and with the same precision can discuss political philosophy, the master strategist who has pushed the BJP to an organisational pinnacle and yet talks of scaling peaks, a man who is unhesitant and forceful in his stand on nationalism and on anything which concerns India’s national interest, has remained in the shadows, in the margin, self-effaced.

The story of how he expanded the BJP into a pan-Indian party and the convergence of organisational science and ideology that has made the BJP a unique and formidable political entity is a story that needs to be told. This is an account of Amit Shah’s personal and political journey, an account of the ideological world that shaped him, an account of the party that he is leading and shaping today. It is for the first time that his story is being told-an authentic, no-holds-barred and detailed narration of one of the most influential leaders of our times.

To the political worker, to the observer, scholar and student of Indian politics as well as to the lay and interested reader who have no position but are intrigued by the unfolding of Indian politics since the summer of 2014, this book is bound to be a fascinating exploration through the political life and journey of one of its central characters.