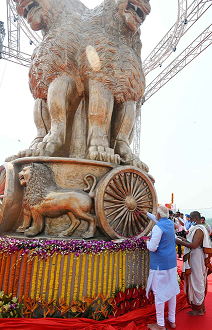 in National July 11, 2022 Comments Off on Prime Minister Narendra Modi unveiled the National Emblem cast on the roof of the new Parliament Building 44 Views

New Delhi:11/7/22: Prime Minister Narendra Modi unveiled the National Emblem cast on the roof of the new Parliament Building on Monday. As per the government officials, the emblem is made up of bronze with a total weight of 9,500 kg and is 6.5 meters in height.

It has been cast at the top of the central foyer of the new Parliament building, and a supporting structure of steel weighing around 6,500 kg has been constructed to support the emblem, they said. 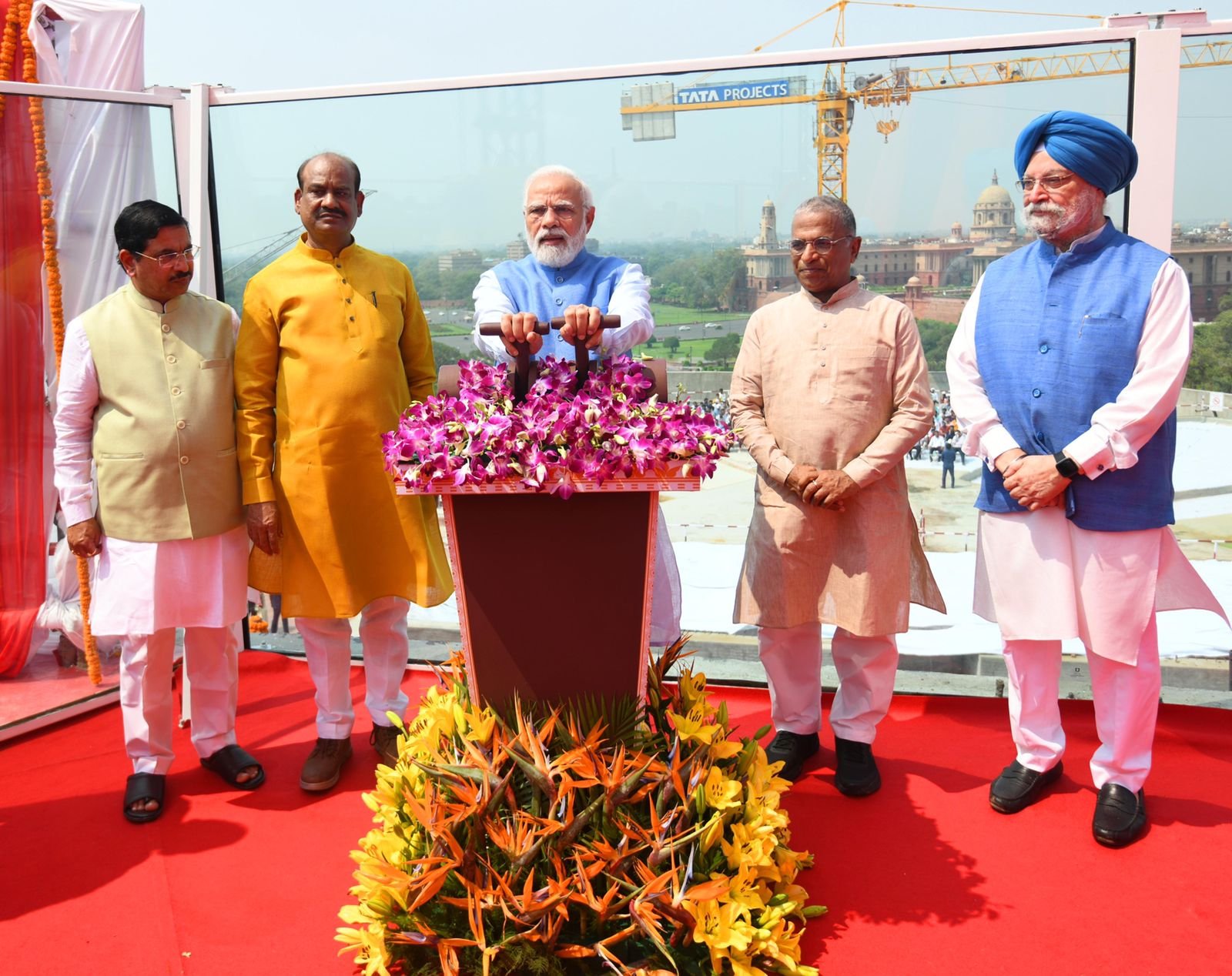 During the inauguration, Prime Minister Narendra Modi also interacted with workers who were involved in building the new Parliament. The concept sketch and process of casting of the national emblem on the roof of the new Parliament building has gone through eight different stages of preparation from clay modeling and computer graphics to bronze casting and polishing, they said.Earlier in the day, PM Modi addressed a Natural Farming Conclave which was attended by farmers and other agriculture bodies. Later, the Prime Minister inaugurated the Deoghar Airport in Jharkhand.

PM @narendramodi unveiled the #NationalEmblem cast on the roof of the New Parliament Building today morning.

The National Emblem is made of bronze with a total weight of 9500 Kg and is 6.5 m in height

2022-07-11
Editor in chief
Previous: Countless devotees witnessed the most awaited “Suna Besha” ritualof Holy Trinity atop their gigantic wooden chariots
Next: Dwarka Expressway being developed as the first elevated urban expressway in India